Bumble Bee to get $111m reduction in fine for ‘substantial’ cooperation 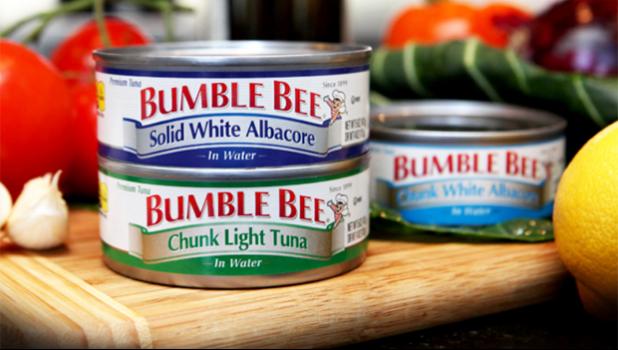 Undercover News reported this week that prosecutors in the tuna price-fixing case say fining Bumble Bee Foods more than $25 million would "jeopardize" the firm's future and suggested giving the company a $111m reduction in penalty from what federal guidelines otherwise suggest.

The firm will have five years to pay the $25m under a proposed sentencing agreement filed with the federal court.

Bumble Bee could have faced a $136m penalty if its ability to pay wasn't taken into account, DOJ officials wrote in a sentencing memorandum. The company, which recently pleaded guilty to participating in a long-running conspiracy to fix the prices of shelf-stable tuna, is scheduled to appear before San Francisco judge Edward Chen to be sentenced on Aug. 2.

In the memo, according to Undercover, Bumble Bee will follow a five-year payment schedule for the fine: $2m within 30 days of sentencing; another $2m each at the sentencing's first and second anniversaries; $4m after year three; $6m in the fourth year and a final payment of $7m in year five.

To calculate the proposed fine, prosecutors first determined how much shelf-stable tuna the company sold from 2011 to 2013: $1.389 billion. That range was reduced by more than half to $567.7m after "Bumble Bee provided two important categories of self-incriminating information that were previously unknown to the government."

The public portion of the heavily redacted sentencing memo did not detail what those categories are. Much of the document remains under the court's seal due to the ongoing investigation.

Judge Chen has final approval over the firm's sentence and whether to accept any plea agreement but typically prosecutors' recommendations carry a lot of weight.

Bumble Bee is the first and only company so far to be indicted in the DOJ's probe of the US packaged seafood sector. (Two former Bumble Bee executives, Ken Worsham and Walter Cameron, have pleaded guilty as has Stephen Hodge, formerly of Starkist.)

At the time, Thai Union, which had planned to buy Bumble Bee for $1.5bn, announced that the investigation prompted it to cancel a share offering it would have used to finance the merger.

That prompted a wave of litigation. Lawsuits filed against the canners allege that the price-fixing conspiracy ran for years and involved years of close cooperation between the companies.

The suits have alleged that the joint “Tuna the Wonderfish” advertising campaign, co-packing of Thai Union and Bumble Bee; and the companies' participation in the International Seafood Sustainability Foundation also presented chances to collude.

The “Tuna the Wonderfish” advertising campaign, which ran from early 2011 through early 2012, was designed to stem the tide of declining sales.

The deal was eventually canceled in December 2015 amid cheers from the DOJ.