Are two Samoa nurses taking the fall for failing system? 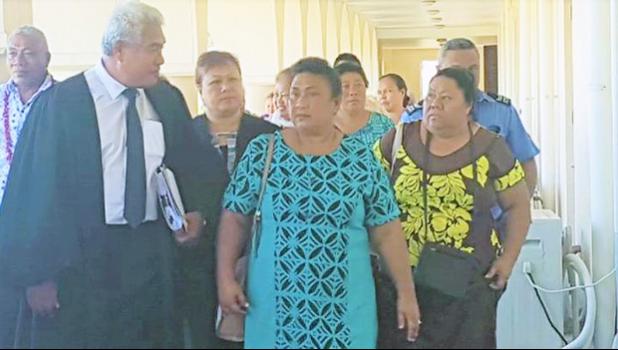 But according to one critic, the pair are taking the fall for a health system with systemic safety issues.

After the deaths of two one-year-old babies in July last year, many Samoans questioned whether vaccines were safe.

They died shortly after receiving doses of the Measles Mumps and Rubella vaccine which were incorrectly mixed with an expired anaesthetic.

Samoa's response was messy, and the facts slow to emerge.

Vaccines were suspended for nine months and across the region, Pacific people appeared fearful of getting vaccinated after the deaths.

But the Samoa Nurses Association president, Solialofi Papali'i, says since the deaths, health systems have improved.

"This is must be a systemic thing. So that the nurses then follow the rules and check and double check. Especially the ... systems and the storage of the medicines."

Since vaccines resumed in April, Samoa appears to have spared no effort in preventing more deaths.

And on Friday, Samoa's district court launched a coronial inquest into the deaths, on top of a commission of inquiry which has been pending the nurses' trial.

Still, a vaccinologist at Auckland University, Helen Petousis-Harris, says the jailing of the nurses has unfortunately singled them out.

She says health problems in Samoa are widespread and the system is also to blame.

"They were operating in a centre that, for example, had the drug that was administered - the anaesthetic drug - located in the same place as the vaccine. Now, that's just one example of creating an environment where something could go terribly wrong. It's an absolute no-no."

Dr Helen Petousis-Harris says Samoa's government has failed to reassure people it wasn't a vaccine that killed the babies.

Doctors in New Zealand battling a measles outbreak have also struggled to convince Pacific communities that vaccines are safe.

"Samoa [was] able to get a lot of the vaccinations done for their children. I think confidence in the ability of the nurses and obviously the ministry to manage the immunisation program in Samoa was enhanced."

In the courtroom on Friday, our correspondent Autagavaia Tipi Autagavaia says the nurses were in tears at a surprisingly stiff sentence.

"I'm told by the prosecution that they asked for two years, they didn't expect the court would devise a sentence of five years."

Solialofi Papali'i says the nurses’ association will visit the two nurses in jail and continue to support them.