With Samoa allowing flights into the country for citizens stranded in N.Z and easing stay at home rules, I think America Samoa should ...
Do the same
40%
Only ease stay at home rules
10%
Keep things the way they are
50%
Total votes: 322
Home 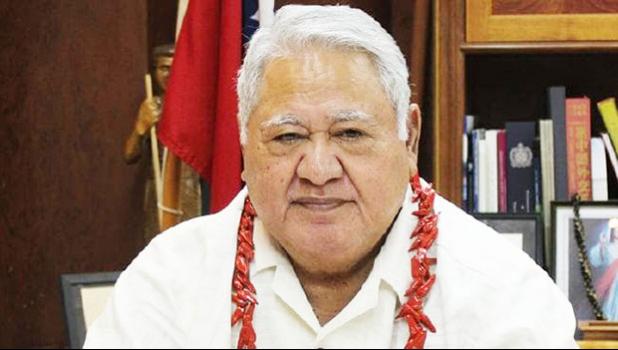 Apia, SAMOA — Faith in the overriding will of God has left the Prime Minister, Tuilaepa Sailele Malielegaoi, unconcerned by any plot to have him killed.

His reaction on national radio yesterday, was the first time he has responded publicly to an alleged murder conspiracy on his life.

“ God has already worked out the time a person dies and how,” he recalled his response to a similar threat made on his life more than a decade ago.

Tuilaepa believed that he could easily slip on a ripe banana peel also and be killed when he hit his head on a hard rock.

“If it’s written in God’s book of life that I will die by slipping on a ripe banana peel, then that’s how I’m going to be tkoe’d, not by people planning to have me tkoe’d.”

Police have arrested four people so far, since the alleged plot was uncovered  quite recently.

The plotters are scheduled to appear in court next week, each charged with one count of conspiracy to murder the Government leader.

Tuilaepa downplayed the murder threat as part of the risks that comes with the job for any leader - religious, cultural or government.