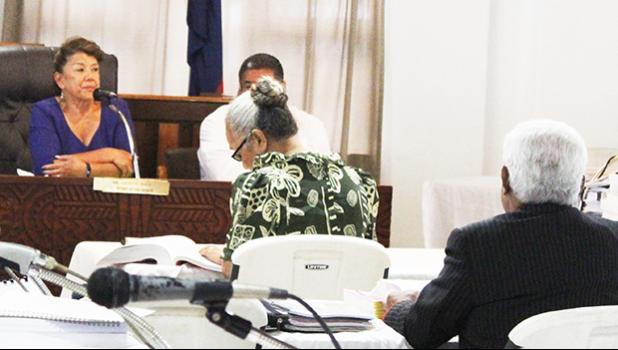 Pago Pago, AMERICAN SAMOA — The Dept. of Port Administration has received $46,000 so far for Port services and fees imposed on the North Korean cargo vessel Wise Honest, but ASG is hoping to collect additional monies as the vessel has been anchored in bay area waters for over three months.

As previously reported by Samoa News, the Wise Honest was towed to Pago Pago in mid-May this year after it was seized by the US government in April in Indonesia. The vessel was then auctioned off in July by the federal government in connection with a ruling by the federal court in New York City.

As of yesterday, there was no update on federal court records on whether the vessel has been sold, although it has been more than a week since Samoa News received reports that it has been sold, through a federal auction.

Taimalelagi had told Samoa News in late May this year, that Port charges the vessel just like it charges any vessel coming into the Port of Pago Pago. Among the usual port charges are tonnage and tug boat services

Additionally, Port had to “beef up operations” for this ship. For example, such a large vessel requires use of the two ASG tugboats, and Port is also utilizing the smaller ASG vessel, “Uila o le Sami”.

Taimalelagi explained that the billing for the cargo ship will be sent to the local shipping agent, contacted by the feds, which also contracted a company for security and maintenance of the vessel.

At yesterday’s joint budget hearing, Tuaolo wanted to know if the government is getting any money from the Wise Honest being here.

Taimalelagi explained that the vessel’s agent was billed based on the work provided by Port when the vessel was brought into dock in May this year. And that billing — $46,000 — has since been received.

She added that billings were also sent out for the months of June, July, and August, based on the work carried out by Port which is estimated to be at least $90,000.

“What’s inside the vessel?”, Tuaolo asked, saying there’s a lot of worry in the community about the vessel being here and what’s onboard.

She said that she received a letter from the governor, regarding the status of the vessel, such as when it will be removed from the territory, and how much money ASG has collected so far. She said the governor recommended that other charges be imposed for the work carried out by Port and the fact that the vessel has been here for a long time.

Taimalelagi said she sent a reply to the governor on Tuesday.

Responding to follow-up questions from Tuaolo, the director recalled a meeting prior to the vessel being towed here, with an official of the US Coast Guard from Hawai’i and a federal attorney based in New York for the US Justice Department.

She said she has written to these officials to return for another meeting, regarding, among other things — the governor’s suggestion to impose additional charges, aside from the usual Port services and fees.