Thomas Siaumau charged with escape from confinement at TCF 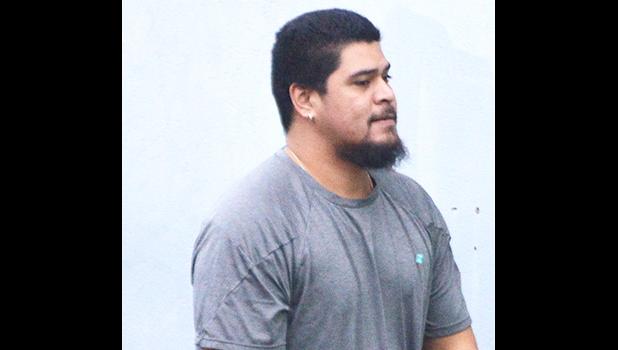 He is currently serving a 30-yr sentence for shooting at a police vehicle
By
Ausage Fausia
ausage@samoanews.com

Pago Pago, AMERICAN SAMOA — The inmate who escaped from the Territorial Correctional Facility (TCF) and was on the run for almost 2 weeks appeared in District Court last week for his initial appearance on a new charge: escape from confinement, a class D felony, punishable by imprisonment of up to 5 years, a fine of up to $5,000 or both.

Thomas Siaumau is currently serving a 30-year sentence after he was convicted by a jury, of shooting at a moving police unit while a police officer was inside.

Prosecuting the new case is Assistant Attorney General Laura Garvey while Assistant Public Defender Anna Whiles is representing Siaumau, who is scheduled to appear in court tomorrow for a preliminary examination election.

According to the government, it was on July 3, 2019 while serving time at the TCF, Siaumau escaped. Eleven days later, on Sunday, July 14th, Siaumau turned himself in. Police picked him up at a prearranged location.

According to the government, Siaumau’s surrender came two days after police raided the property of his family in Petesa under a search warrant from the court, in an effort to find him.

The government says Siaumau was not found during the raid; however, armed police officers rounded up four men, two of whom were slapped with drugs charges.

The other two men were released following interviews with police at the DPS Tafuna Substation.

Va’avale is facing one count of unlawful possession of a controlled substance (methamphetamine).

Both men are scheduled to appear in District Court this Thursday for a preliminary examination hearing (PX).