Are you in favor of ASG opening our boarders from time to time to render assistance to people in distress? For example like the fisherman with the hook embedded in his arm or the American citizens stranded in Samoa.
Yes
100%
No
0%
Total votes: 1
Home 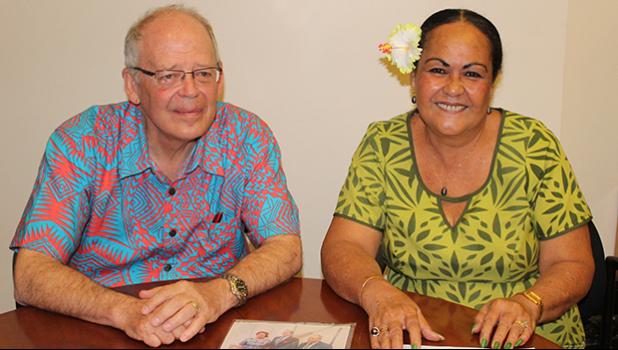 Pago Pago, AMERICAN SAMOA — The Territorial Bank of American Samoa, with a deposit portfolio of more than $8 million, is moving another step forward towards the goal of providing full banking services, with the opening of a required “master account” with the Federal Reserve Bark to gain access into the US payment system used by American banks.

The government-owned TBAS, which is not FDIC insured, opened its doors on Oct. 3, 2016 and last December was assigned a transiting routing number by the American Bankers Association, which assigns the number.

With the routing number, TBAS was able to start working — in February this year — on setting up its “master account” with the Federal Reserve.

“We have opened our Master Account with the Federal Reserve Bank, San Francisco,” Ware said. “And we are now working with San Francisco going through details of... the account and they will tell us when it's ready.”

He expects to get the final word from the Federal Reserve in the next few weeks.

“We’ve gone through all the hoops necessary to have that [master] account opened and we are excited about that because we have now gained access to the payment system of the United States,” he said. “And that is a huge deal.”

Once the “green light” is given by the Federal Reserve Bank on access to the payment system, Polu said TBAS will be offering check books to current consumer accounts on the checking side, business accounts, and ACH (Automated Clearing House) service, which is an electronic network for financial transactions in the United States.

“Those are the immediate services that we’re able to offer once given the green light and I think that covers most of what commercial banks would normally do for their customers,” said Polu, noting that TBAS is also working on merchant terminals — swipe machines — and debt cards.

In anticipation of obtaining the routing number and rolling out extra banking services, Polu said the bank now has a workforce of 22, compared to 12 employees when it first opened.

The COO also shared additional details on the operational side of the bank. For example, as of Wednesday this week, the bank’s deposit portfolio is $8.7 million and the loan portfolio is at $2.9 million.

“This is very impressive data as far as Phil and I are concerned. We have been in banking for many years and you hardly see a new bank accomplish this kind of portfolio, especially in deposits and loans, within a year and a half of being in operation,” said Polu, who has worked in the banking industry for many years, including a long-term tenure at ANZ Amerika Samoa Bank.

“Noting as well, that we haven’t had a routing number, which we have now, but we haven’t used it. But we’ve accomplished this much within a year and a half of operations,” she pointed out and also revealed that TBAS currently has 3,722 customers.

Also shared with reporters is that the bank has been audited by an external auditor — Deloitte Audit Firm — for year ending Sept. 2017 for operations and the financial status of the bank. The audit was conducted last October and is now completed.

“The important part that came out of the audit is that the bank’s accounting, for what it was supposed to do, as a financial institution and the operation services and what we’re doing now, is in compliance,” Polu said. “So that’s our priority — is the compliance [with] what our customers have with us.”

The “audit came out great,” she added.

“So knowing that and what we have now, we’re very, very comfortable, that we can make this happen for the people of the American Samoa community. We’re stabilizing what we have, built on what we build,” she said. “We may have to amend, change things, as we go forward with the use of the routing number, based on a foundation that we built, [in which] we are sure it’s going to help us as we go forward.”

Samoa News will report next week on other details from the news conference.