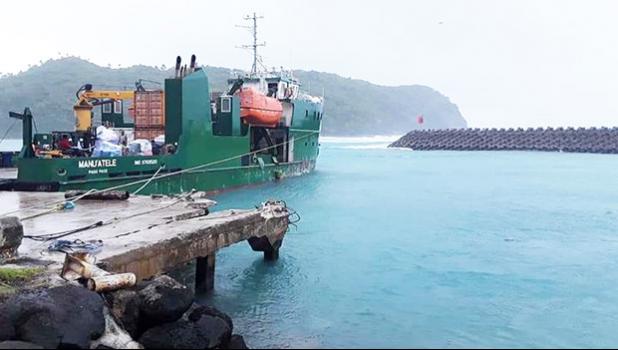 The vessel had left Tutuila midweek to deliver fuel but was unable to go to Ta'u because of bad weather so it docked at Ofu.

The chief engineer Jimmy Lang has estimated damages to be around $US200,000.

The Manu'atele will remain in Ofu until an inspection of the hull and sea trials are complete.

The Ofu dock, which has been awaiting repairs, was cracked in several parts and there was metal reinforcing bars were exposed.

Some cargo has remained on the vessel because of inclement weather.