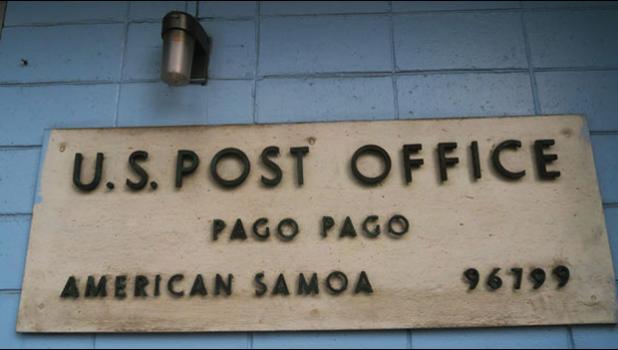 Pago Pago, AMERICAN SAMOA — The first round of distributions for the Economic Impact Payments (EIP) - better known as stimulus checks — totaling more than $20 million for local qualified tax payers — will be delivered to the Post Office in Fagatogo on Friday, May 22nd and be available for pick up the next day in mail boxes.

This is according to ASG Treasurer Ueligitone Tonumaipe’a, in a statement released yesterday afternoon and it comes 24-hours after Samoa News received similar information of the date for the EIP checks release as well as the next round of tax refund distributions of more than $1.9 million set for release this weekend.

Tonumaipe’a explained that the first round of EIP checks will cover all 2019 tax filing’s “in good standing” with total disbursement of about $23.7 million — covering 930 tax payers and their qualified dependents who filed their 2019 tax filing up to May 13, 2020.

Tonumaipe’a didn’t explain what “in good standing” means nor was there any further explanation from ASG Treasury Department and if this is required by the federal government.

He also said that the Tax Office estimates 95% of all eligible EIP recipients will have their stimulus checks by the second round of disbursement.

However, in the event you are an eligible stimulus recipient but have not received a check, please visit the Tax Office “as any taxpayer filing currently in error status will not be processed until all pending issues are resolved,” he explained.

Any EIP recipient without an active mailbox is asked to inquire with Treasury’s Disbursing Office at 633-4155 by Tuesday, May 26.

Enclosed with the EIP check are two notices — one from the White House signed by US President Trump indicating the arrival of your stimulus check and the second one from the ASG Treasury advising the public that EIPs are a “one-time payment” and steps to be taken if you’ve received an EIP for a second time.

For all social security recipients who have not yet received their EIPs from the US Internal Revenue Service (IRS), Tonumaipe’a says that, “in order for us to assist you, please provide your annual social security statements and a valid form of identification” to the Tax Office — so that they could assist recipients in filing a tax return in order to receive an EIP, “even though you do not have any filing obligations.”

As Samoa News reported Monday, the US Social Security Administration says that stimulus payments for social security recipients in the US territories — including American Samoa — will be sent by their territorial government tax office and not the IRS. (See Samoa News edition May 18th for details.)

Here’s more good news, Tonumaipea also said that batch #10 of tax refund checks — totaling more than $1.93 million — will be released on Saturday, Mar. 23 covering the period of Feb. 12 to Mar. 5th. The refund checks will also be in the mail.

Of the total refund checks, $732,003 is for local and over $1.2 million for the Additional Child Tax Credit, funded by the IRS.

While it was not mentioned in Tonumaipe’a statement, Samoa News has learned that the ASG payroll will be released by Friday this week, because next week Monday — which is the next ASG pay day — is the Memorial Day holiday, which is a local and federal holiday. Samoa News was told that total payroll is about $3 million.

For those getting direct deposit, they usually are received it in their bank accounts on Saturday while paper checks for payroll are scheduled for release by Friday.