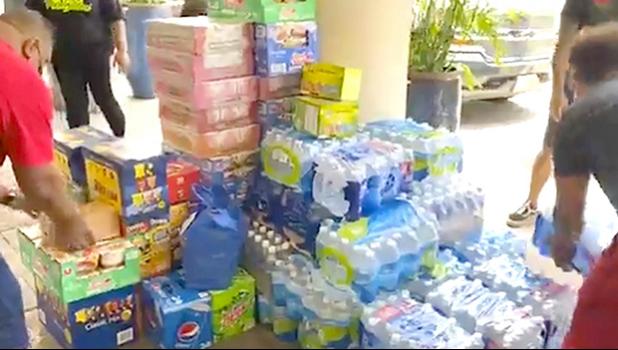 Pago Pago, AMERICAN SAMOA — In the latest update from Hawaii, the number of people in ASG-Hawaii quarantine has decreased from 238 people, with the first COVID-19 test results from last week having three individuals who tested positive, while at least one person has left quarantine on their own.

The second COVID-19 test for the quarantined was administered yesterday, Sunday, Apr. 11, which will determine the final number of those who will make the Repatriation Flight #3 to American Samoa.

Reports also note that donations continue to flow in to the Ohana Waikiki East Hotel where the current quarantine for Repatriation Flight #3 is happening. The flight is set to leave on Thursday, Apr. 15, 2021, where another 10-day quarantine awaits the group.

Because of the large amount of returning residents for Flight #3, once arriving on island they will be divided into two groups for quarantine — for 10 days of isolation. One group will be housed at the Tradewinds Hotel and the other at Fatuoaiga.

Samoa News understands in a recent Zoom call between DoH officials and quarantine repats, ASG is asking that people who are chosen to stay at Fatuoaiga ask their families to provide bed linens, towels, water, and all the necessities needed for the 10-day stay.

Concerns were voiced by several repats about the isolation accommodations at Fatuoaiga, as the bathrooms and showers are communal vs. each room having their own bathroom/ shower at the hotel. The question as to who would be in what group was met with assurances that selection would be done fairly.

Some repats are asking about the other quarantine sites that were built under the auspices of the DOH with CARES Act funding, with each room having their own bathroom/ shower.