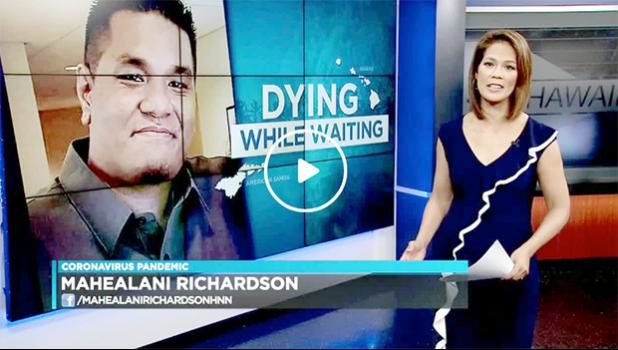 Honolulu, HAWAII — American Samoa has sealed off its borders since March, leaving hundreds of its residents stranded in Hawaii and elsewhere in the United States.

Now some of those who were stuck have died.

There are roughly 600 American Samoans stranded in the US.

At last official word, repatriation flights were being pushed back to February, giving the American Samoan government time to work out its vaccination and re-entry plans.

Nine months into the global pandemic and American Samoa is still COVID-free, but the toll has been heavy on separated families.

Elisapeta Alaimaleata, a Honolulu resident and executive director of Le Fetuao Samoan Language Center, says her nephew had been coming to Honolulu for colon cancer treatments.

But over the summer Anthony Hisatake decided to stop the treatment and go home to American Samoa.

“Those were his last words from my nephew to me: ‘Aunty Peta, I can’t wait to be on a plane to go home,’” said Alaimaleata.

Hisatake didn’t get his wish because of the travel ban and died three days before Christmas at 33. His memorial is Saturday.