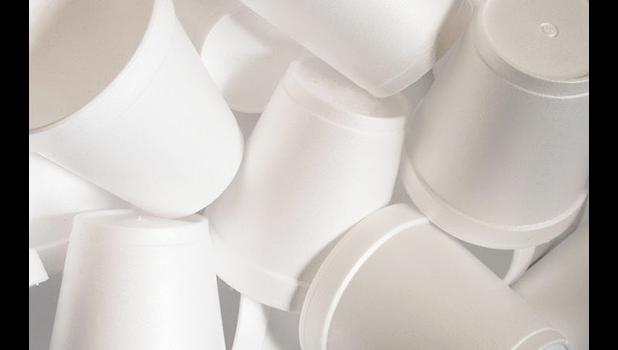 Pago Pago, AMERICAN SAMOA — A Senate committee will call a second hearing in the near future for future discussion on an administration bill seeking to ban the importation and sale in American Samoa of Styrofoam containers.

At the next hearing, the committee chaired by Sen. Satele Galu Satele Sr. wants the American Samoa Environmental Protection Agency director Fa’amao Asalele Jr., to bring with him, samples of Styrofoam containers included under the proposed ban; samples of alternative option containers and Styrofoam pre-packaged items exempted by the measure.

Asalele appeared last week along with Health deputy director Papali’i Marion Fitisemanu during the senate hearing, where Asalele  explained that the state of Maine, as well as several cities and local jurisdictions across the US have laws in place banning Styrofoam containers.

Responding to a question from Sen. Magalei Logovi’i, Asalele explained that while the US Environmental Protection Agency (USEPA) can issue a ban, the federal agency is giving states the chance to make their own decision but perhaps sometime in the future USEPA will issue a directive to states and territories to stop using Styrofoam.

Gov. Lolo Matalasi Moliga has informed the Fono that more than 100 jurisdictions in the US have already enacted similar bans on “polystyrene foam” products. He said there are viable alternative products that have been developed that are safer to use.

Magalei also questioned a provision of the law, which provides for a one-year temporary excise tax reduction — from 8% to 4% — for businesses during the transition period from styrofoam to other alternative options.

Magalei, who pointed out that ASG isn’t doing well with its general revenues, questioned whether there has been any discussion with Treasury Department about the impact the incentive will have on excise revenues.

Asalele explained that in preparation of this proposal, ASEPA held meetings with Chamber of Commerce as well as public awareness programs about this program; and that the Chamber of Commerce, as a majority of businesses on island, gave their full support to the bill as well.

He informed senators that many local businesses have started using other forms of alternative food containers, which are available in the territory.

To assist with businesses transitioning to the alternative plate or food containers, Asalele said that ASEPA thought about offering a tax incentive since these new alternative options are a little expensive.

He explained that the incentive is for a short period of time, which is one year, as proposed in the bill, giving businesses this time period for transition, and to also use up any current inventory in their stocks.

He said ASEPA also held discussions with the ASG Treasurer and the Treasury’s Customs Division regarding the incentive and had also requested information on the impact this will have on ASG general revenue.

“So we narrowed it down to specifically for Styrofoam plates,” he said, adding that the response from Treasury and Customs Division was that the incentive — from 8% to 4% — would not have a big impact in the short term.

Magalei said the committee needs to question Treasury officials on the proposal as well as the need for a financial impact report.

Sen. Tuaolo Manaia Fruean said he has been contacted by some businesses opposing the proposed law. He also told Asalele that ASEPA should have brought samples of containers to be banned, as well as the new options for the committee to examine and review.

Tuaolo pointed to a provision of the bill, where certain products are exempted and therefore are not included in the ban. He sought an explanation to which Asalele said that the goal was not to make a total ban of Styrofoam on island, but “transition” into alternative option containers.

For the “exempted” provision of the bill, Asalele said these are imported “pre-packing” food items which are “pre-packaged” into these foam containers. He said their research has found that off island jurisdictions and countries started their Styrofoam ban with containers or food plates and later into “pre-package” food items.

While he supports the bill, Tuaolo said the ASEPA should have brought samples for viewing and better understanding of what ASEPA is trying to do. Tuaolo asked about foam cups used for drinking coffee, if these are included in the proposed ban, to which Asalele said yes.

Asalele said other Styrofoam white products that will be included in the ban are cups or bowls used for take out soaps and foam plates commonly used for take-out food.

Tuaolo then recommended — and the committee agreed — to continue the hearing to another time, allowing ASEPA to come back with samples of the products to be banned, exempted and samples of the alternative options.

The committee is also seeking a financial impact report from Treasury on the “incentive” excise tax.