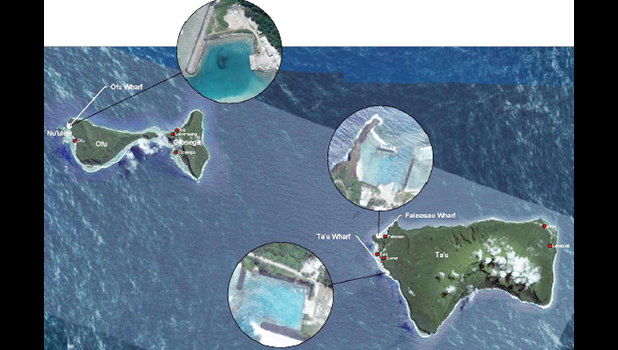 Pago Pago, AMERICAN SAMOA — Senators have approved a non-binding resolution calling on the U.S Army Corps of Engineers Honolulu District “to make immediate, necessary and vital repairs to restore” the Ta’u Wharf on Ta’u island for the safety of the Manu’a people.

According to the resolution, sponsored by Manu’a Sen. Nuanuaolefeagaiga Saoluaga Nua, the Ta’u wharf is unable to accommodate larger boats like the MV Sili because the harbor is not deep enough.

This forces the MV Sili and other larger boats to anchor a distance away from the main dock. Passengers and cargo are then ushered into the wharf by smaller fishing boats and when the currents are strong, the ocean is rough, winds are blowing, and/ or it is raining, this method of transportation for the people of Manu’a “becomes very dangerous”.

“It is a matter of ‘when’ and not ‘if’ for a tragedy to strike,” said the resolution, which states that dredging of the channel is needed at the entrance (for boats) as well as the interior of the wharf to make it deeper.

Furthermore, the seawall needs to be extended to the end of reef to help block the tide. The concrete pole foundation of the dock has deteriorated over time and the steel rebars are exposed, threatening to collapse at any time.

The resolution will be transmitted to the Army Corps Honolulu District Office as well as the offices of Gov. Lolo Matalasi Moliga and Congresswoman Aumua Amata.