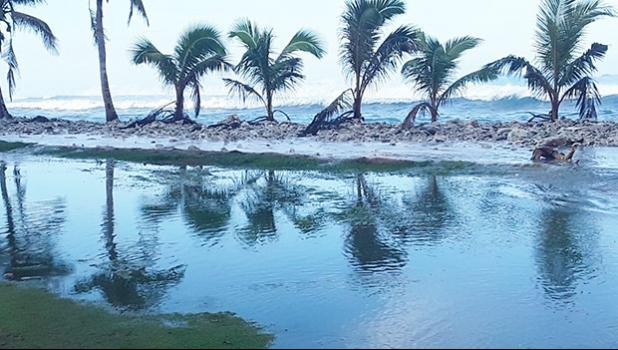 Aunu'u, AMERICAN SAMOA — A photo of the recent damage done to Aunu’u Island when monstrous waves came crashing down near homes, flooding people’s front yards and raising concerns from residents who are calling on government officials to take action before tragedy strikes.

Samoa News was sent this photo from an Aunu’u resident who said she “fears” that the next surge of high waves will claim lives if something isn’t done to address the problem.

According to her, there is no seawall in place and when waves are high enough, they make their way onto the island (as seen in the photo).

Rising sea levels are apparent, and some have suggested that Aunu’u residents leave the island — for good — for their safety.