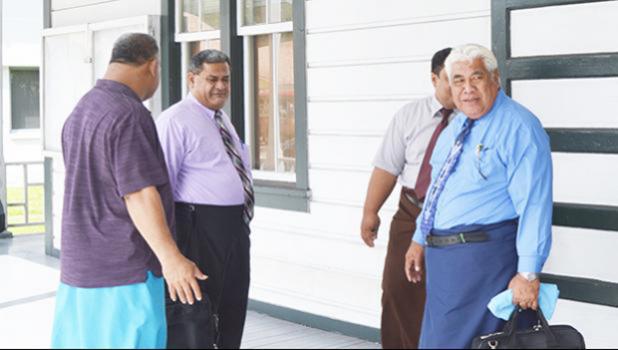 The Trial Division of the High Court of American Samoa has dismissed Rev. Amaama Tofaeono’s motion for reconsideration and his request to certify issues for interlocutory appeal.

The High Court denied the motion to reconsider the dismissal of tort claims based on there being no “manifest error of law or mistake of fact, a decision contrary to the clear weight of evidence, a decision that is manifestly unjust, and intervening change in the law, or the discovery of previously unavailable evidence.”

For the employment contract the Court said the defendants did not show facts to assert a claim against the individual plaintiffs, and defendants appear to seek leave to amend their complaint to ensure clarity as to the personal capacities in which the individual defendants are being sued.

The Court noted that this reference is in effect an admission of agency by defendants, and the Court did not err in finding a lack of a third party actor.

Based on defendants lack of particularity in identifying the Court’s error or a change in law or discovery of previously unavailable evidence, defendants motion was denied.

According to the Court’s decision, the motion is denied for reconsideration because defendant’s general and unclear statements indicating they disagree with the Court’s previous ruling are unhelpful to the Court and do not even begin to conform with the particularity requirement.

Moreover, defendants’ arguments do not apprise the Court of specific errors of law or mistake of fact, they do not explain why the decision was contrary to the clear weight of evidence or was manifestly unjust, and they do not cite a change in law or the discovery of previously unavailable evidence.

Defendants also fail to state with particularity the error in the Court decision that their counterclaim failed to state a claim.

The court had dismissed this tort because of the ministerial exception which prevents the Court from reviewing internal decisions regarding a church’s selection and control of its ministers.

The Court says this request is denied basically because it does not find that the Court’s order dismissing the tort claims and subsequent denial to reconsider are completely separate from the remaining trespass claim.

Plaintiffs allege that defendants are trespassing because defendant Amaama is no longer the General Secretary and therefore defendants have exceeded their permission to be on the premises by refusing to vacate. However, defendants’ response to the trespass claim is that they are entitled to the premises because defendant Amaama’s ordinations were tortiously removed and plaintiffs interfered with his employment as the General Secretary.

The Court dismissed the defense’s claims, but plaintiffs trespass claim is still outstanding.

The Court noted that defendants fail to explain why the dismissal of the tort claims would be barred from consideration should the appellate Court reaffirm their summary repossession decision.

Moreover, defendants also fail to identify any substantial rights, let alone rights similar to the right to counsel, that would be lost if appeal on the dismissal of these tort claims is delayed until the end of the litigation in the current case.