REAL ID act puts traveling on CIs in jeopardy for Am. Samoa 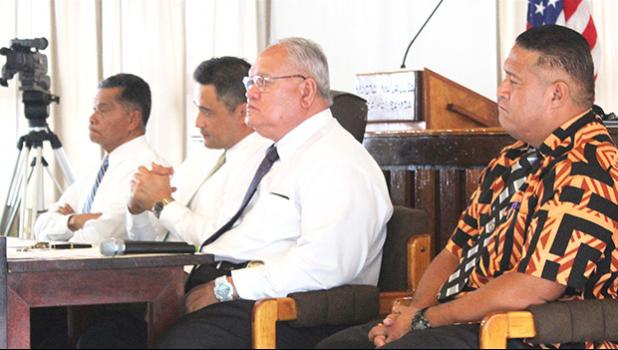 By
Fili Sagapolutele
fili@samoanews.com
HAL official says CI holders with other acceptable ID will be allowed to travel on Friday

Among the issues that American Samoa hoped to get cleared up with the US Department of Homeland Security (USDHS) during a conference call yesterday afternoon was allowing locally issued Certificates of Identify for US nationals traveling to Hawai’i.

Meanwhile, Samoa News understands that US Immigration officials in Honolulu have informed local authorities that they can accept CIs for US nationals entering Hawai’i from American Samoa; however, they say that the airline and the US Transportation Security Administration (TSA) — which oversee the security check points at all US airports — have a different policy.

US Immigration and TSA are both bureaus of the USDHS, which continues to communicate with ASG to address American Samoa’s full compliance with the federal REAL ID Act, pertaining to territory-issued driver’s licenses and identification cards.

Samana says ASG was informed of the Feb. 5 deadline and that locally issued CIs are not accepted by TSA. Additionally, American Samoa is working with TSA to allow CI holders to travel to the US. He said the CI issue as well as other pertinent matters relating to American Samoa’s compliance with the REAL ID act were to be discussed in a conference call yesterday afternoon and thereafter, additional information — especially the use of the CI — would be released to the public.

Responding to a committee question, Samana explained that the REAL ID Act became effective in 2005 and that the USDHS awarded $300,000 to American Samoa to comply with this federal law. But with several change orders later, the total amount awarded to American Samoa came to $2.1 million but the territory — up to now — remains non compliant.

In the USDHS letter of Jan. 26 denying the governor’s request for an extension beyond the Feb. 5 effective date, Samana said the federal agency also provided areas that the territory needed to address for full compliance.

He said ASDHS is handling this matter at this time, and once it’s fully addressed, it will be returned to the Department of Public Safety, which handles the issuance of driver’s licenses through the Office of Motor Vehicles.

Police Commissioner Le’i Sonny Thompson, another witness at the hearing, noted that the USDHS letter to the governor outlined two important issues and one of them deals with locally approved legislation for compliance with the REAL ID Act.  He wondered out loud if such a proposal has been submitted yet to the Fono for approval.

Samana points out that the AG’s Office along with the Governor’s Office are working on the proposed legislation for submission to the Fono to meet provisions of the federal law. Fa’amausili quickly urged the witnesses — which included Attorney General Talauega Eleasalo Ale — to submit the measure as soon as possible for Fono review and expedited approval.

Hawaiian local station manager, Tuli Fruean — who was initially attending the hearing as an observer but ended up being a witness — testified that based on communication with the TSA, CIs are not accepted for travel to Hawai’i, but at the same time, Hawaiian is awaiting additional information from the federal agency.

Samana informed senators that he believes Hawaiian is not fully clear on the federal law, which he says doesn’t prevent residents from using CIs to travel to Hawai’i. He says the REAL ID Act states that American Samoa nationals cannot be prevented from traveling under the law, andthere are ways to verify the identity of the traveler in accordance with the federal law.

“I think Hawaiian Airlines interprets the law incorrectly,” Samana pointed out to which Fruean responded that the airline understands the law and that they are not wrong, and reiterated that TSA has informed Hawaiian that CIs are not acceptable.

Talauega pointed out that yesterday’s conference call with the feds should provide more information on the use of CIs and that such information will be shared with the committee — which is calling another hearing tomorrow.

It was later during the hearing, in response to another committee question as to what will happen to a person who shows up with a CI to travel Friday, that Fruean stated that if a traveler checks in with a CI along with another acceptable form of ID that is allowed by the feds, that person can travel.

Here is the USDHS online link for the type of identify documents for passengers to bring to the airport for flying domestically: www.tsa.gov/travel/security-screening/identification.