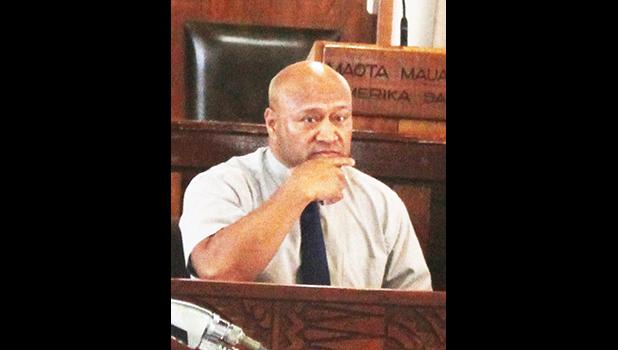 Reclassifications and pay hikes covered in the budget proposal
By
Fili Sagapolutele
fili@samoanews.com

Pago Pago, AMERICAN SAMOA — The Lemanu Administration is finalizing the proposed budget document for fiscal year 2022, which begins Oct. 1st this year, before it heads to print and then is submitted to the Fono when lawmakers convene on the second Monday of July for the Second Regular Session of the 37th Legislature — in accordance with the law.

This and other budgetary issues were mentioned during a very brief presentation by the ASG Office of Budget and Planning at the governor’s cabinet meeting last Friday that aired Tuesday evening this week on KVZK-TV.

Budget Office deputy director Aukuso Satia explained during the presentation that the proposed FY 2022 budget is being finalized before it goes to the ASG print shop for printing and they are looking at July 5th to start that process.

He said the plan is to complete the printing process and submit the budget bill to the Fono when lawmakers convene on the second Monday of July — which is July 12th.

The current FY 2021 final approved budget totaled $465.95 million. Among the funding sources, is $110.16 million from local revenue; $134.72 million in Special Federal Grants; $210.79 million under Enterprise Funds (which includes the budgets for the semi autonomous agencies); and $10.28 million for Capital Improvement Projects (CIP).

During the cabinet meeting Satia explained that the proposed FY 2022 budget would maintain the current ceiling of $110 million for local revenue while grants depend on what’s coming in from federal grantors.

He also said funds to cover the reclassifications and salary increases — which went into effect today, July 1st are all included in the budget proposal. (See separate story printed elsewhere in today’s edition on the ASG pay hikes.)

Satia said that any budget requests from directors that are higher than the set ceiling for local funds would be subject to the review of the governor and lieutenant governor.

Governor Lemanu Peleti Palepoi Sialega Mauga asked if there was a meeting planned between the Budget Office and departments to discuss budget requests.

Satia responded that he was told that $110 million is the ceiling for local revenue but if the governor had other plans, those issues can be worked out in a collaborative effort.

Lemanu then informed cabinet that before the budget goes to print, the ASG proposed financial plan for FY 2022 would be finalized this week after meeting with the ASG Treasurer and the Budget Office director.

According to the governor, his office has received word that there are a lot of federal grants available and called on directors to look at all these new funding opportunities and apply. He said directors should just ask and if the grantor says “no” then move on but at least they have tried. And if the grantor says “yes” that is a great blessing for American Samoa.

Towards the end of the cabinet meeting, the governor said the Administration will communicate with Fono leaders about attending the start of the new session and sharing financial and budgetary matters with lawmakers.