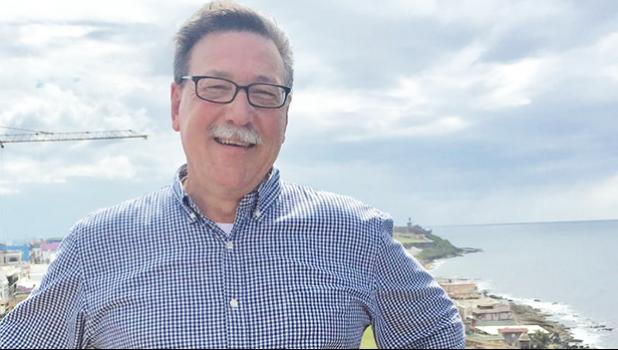 WASHINGTON – Congresswoman Aumua Amata has expressed her highest approval and her personal excitement today over President Donald Trump’s announcement of his intent to nominate Interior Department veteran Douglas William Domenech as Assistant Secretary of the Interior for Insular Areas.

"I am excited to announce that the President and I have selected Doug Domenech to lead the Administration’s initiatives in the insular areas," said Secretary Zinke. "Domenech’s passion for the people and priorities in the islands, and his previous service in state and federal government combine to make him the ideal candidate for this position."

“It is a great honor to be nominated for this important position which helps bridge the distance between Washington, D.C., and our insular areas,” said Domenech. “People living on these often remote islands face unique challenges relating to economic development, national security, and environmental issues, and it's important that our neighbors and fellow Americans feel confident in the U.S. government to help address these challenges. I look forward to working with representatives from each of these islands in the coming years to find innovative solutions to the challenges we all face together.”

The Office of Assistant Secretary Insular Areas coordinates federal policy for the U.S. territories of American Samoa, Guam, the U.S. Virgin Islands and the Commonwealth of the Northern Mariana Islands.

"This is wonderful news.  I have known Doug for many years, I consider him a personal friend, and I look forward to working with him," stated Amata.

Domenech, whose family is from Puerto Rico, holds a BS in Forestry and Wildlife Management from Virginia Tech University and currently serves as Senior Advisor to Interior Secretary Zinke. Previously, he served as the Secretary of Natural Resources for the Commonwealth of Virginia overseeing six state environmental, recreation, and historic resource agencies. During the George W. Bush Administration, Domenech served as White House Liaison and Deputy Chief of Staff to Secretaries Norton and Kempthorne. In addition, he served as the Acting Deputy Assistant Secretary for Insular Affairs. Domenech currently serves as the Secretary’s appointee to the Advisory Council of the Conservation Trust of Puerto Rico.