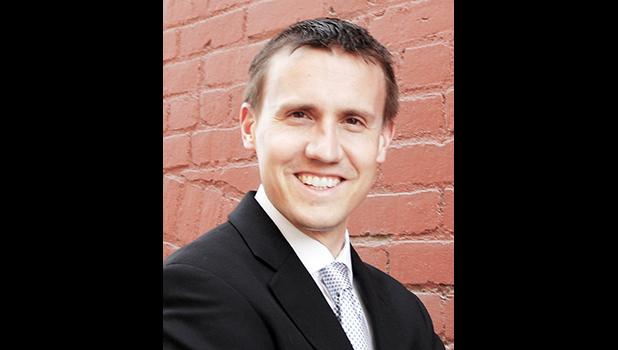 As it stands “…they are citizens of nowhere,” attorneys argue
By
Fili Sagapolutele
fili@samoanews.com

Pago Pago, AMERICAN SAMOA — Three American Samoans, who are plaintiffs in the Fitsemanu v. USA citizenship federal case, have filed a petition for a “rehearing en banc”  or the full-panel of the U.S. Tenth Circuit Court of Appeals to review the decision made in June of this year by the three-judge panel of the same appeals court,  the majority of which ruled that citizenship birth on U.S. soil does not apply to those born in American Samoa.

Through their attorneys, the plaintiffs-appellees filed the request last Friday, arguing among other things, that whatever the views of elected officials in the Territory, the majority’s decision by the Tenth Circuit means that Plaintiffs-Appellees are no long recognized as citizens of the United States—or of any other sovereign nation.

“Citizenship is a ‘fundamental right’,” they point out. “But as a result of the panel decision, Plaintiffs-Appellees are not citizens of the United States; they are citizens of nowhere.”

Therefore, this “Court should rehear this case en banc to avoid rendering Plaintiffs-Appellees as citizens of nowhere, a result that is flatly incompatible with the text, original understanding, and Supreme Court precedent construing the Citizenship Clause” of the US Constitution, they further argued.

In a majority ruling, the Tenth Circuit on June 15th reversed a lower court’s decision, that “Persons born in American Samoa are citizens of the United States by virtue of the Citizenship Clause of the Fourteenth Amendment.”

However, a dissenting judge — one of the three-judge panel who heard the case — agrees with the lower court, saying the plaintiffs, who were all born in American Samoa and currently living in Utah, are US citizens because they were born in American Samoa. (See Samoa News online June 16th for details.)

In a news release over the weekend, the group Equally American, argued that Tenth Circuit panel relied on an expansive interpretation of the much-criticized Insular Cases and ignored the clear command of the Supreme Court in Wong Kim Ark federal court case, to rule that citizenship is not a “fundamental right” in overseas territories and depends on Congress’ whims, not the Constitution.

“The full Tenth Circuit should review the panel’s decision both because it ignores clear Supreme Court precedent and because citizenship is the foundation of who we are as Americans,” said Neil Weare, president and founder of Equally American, and also one of the plaintiffs’ legal team.

He said it’s “absurd” that John Fitisemanu — the lead plaintiff in the lawsuit —  “is recognized as a passport-holding American, but not a U.S. citizen.”

The Tenth Circuit majority decision also addressed American Samoa leaders’ concerns over the impact and effect on the fa’a Samoa, or Samoan culture, by extending US citizenship to persons born in American Samoa.

“There is simply insufficient case law to conclude with certainty that citizenship will have no effect on the legal status of the fa’a Samoa,” the decision states. “The constitutional issues that would arise in the context of American Samoa’s unique culture and social structure would be unusual, if not entirely novel, and therefore unpredictable.” (See Samoa News edition June 17th for details.)

Local attorney, Charles Alailima, who also served as counsel for the plaintiffs is quoted in the Equally American news release saying that concerns that “citizenship could threaten our land and culture are misplaced, and the ongoing denial of U.S. citizenship to American Samoans has real-life consequences for thousands of American Samoans every day.”

Equally American said in the news release that it has heard directly from more than a thousand American Samoans living both in American Samoa and throughout the 50 states who are denied recognition of citizenship and want to be recognized as citizens without having to naturalize.

“While the Tenth Circuit simply assumes American Samoans do not want citizenship, the American Samoans we have heard from tell a different story,” Weare said. “Their powerful voices also deserve to be heard, not just the voices of elected officials in American Samoa.”

American Samoas’ voices on the citizenship issue gathered by Equally American, as well as the “Citizenship Survey” and full details of the press release on requesting an “en banc” review of the Tenth Circuit’s decision can be found on the group’s website (https://www.equalrightsnow.org).

The US State Department and other officials were defendants in the lawsuit, filed with the federal court in Salt Lake City, Utah and were joined by the American Samoa Government and Congresswoman Uifa’atali Aumua Amata as Intervenors. And they appealed the lower court’s decision to the Tenth Circuit.

The US government along with ASG and the Congresswoman are expected to file a response in the coming days, while a Senate Concurrent Resolution supporting the Intervenors and applauding the Tenth Circuit court decision is pending in the House.

The Senate resolution expresses the support of the Legislature for itself and on behalf of the people of American Samoa, for the Federal Court of Appeals ruling in “respecting the right of the American Samoan people to retain our current statutory birthright status as U.S Nationals.” (See Samoa News online July 20th for details.)

Senators maintained and support ASG and the Congresswoman’s long standing argument that the final decision on citizenship should be decided by the people of American Samoa in the territory and not a federal court thousands of miles away.