Over $100M in ACA money for American Samoa will be returned if it is unused by Sept. 30th 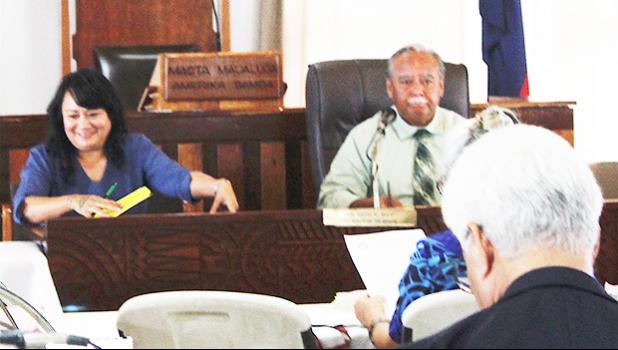 Pago Pago, AMERICAN SAMOA — Over $100 million remains in the balance of unspent federal Affordable Care Act (ACA) money for American Samoa and this entire amount will be returned to the federal government at the end of this month if it is not used, according to the American Samoa Medicaid Agency’s director Sandra King-Young.

Congresswoman Aumua  Amata announced from Washington D.C that the US House yesterday passed bipartisan legislation, a continuing resolution to fund the federal government, which would extend American Samoa’s full 100% federal Medicaid match for another 8 weeks after the end of the current fiscal year 2019, while Congress continues work on long term assistance. (See separate story for details.)

King-Young appeared Wednesday before the Fono Joint Budget Committee for her agency’s FY 2020 budget and was asked to provide an update status on ACA funds.

Rep. Larry Sanitoa queried first, as there are concerns amongst lawmakers on what will happen to the ACA funds at the end of this month. He noted that LBJ Medical Center’s proposed FY 2020 budget lists $7 million in ACA funds as one of its funding sources.

King-Young explained that the most important date for ACA funding for American Samoa is Sept. 30th this year, which is when American Samoa returns to the federal government the remaining unused balance of this federal funding.

She said American Samoa had 8 years to spend all of the money that was awarded to the territory but couldn’t do it, because we only have one hospital that qualifies for it. She pointed out that the Lolo Administration had sought ways whereby the money can be used — including the off-island referral of patients, equipment such as wheelchairs, and Department of Health community health centers.

The balance of unused ACA funds is about $133 million — which will also be returned to the feds come Sept. 30th, she said, and also revealed some good news of new funds coming in next month, but it has to be spent within the the first quarter of the new fiscal year 2020.

On Oct. 1st, the start of FY 2020, American Samoa will qualify for a smaller portion of ACA funding which “we call, Section 1323 funding” for $16 million, but this money is available only up to Dec. 31st this year, which means, American Samoa has to use this money during  the first quarter of FY 2020, she explained.

“This is Market Insurance money, which we can use since the territory does not have insurance,” she explained, adding that the US Centers for Medicaid and Medicare Service (CMS) “will give us a grant award for the amount of $16 million which is only for three months.”

“The good thing about that is, that’s extra money,” she pointed out.

Also on Oct. 1st, she said American Samoa will receive its annual Medicaid allotment, which last year was $11.7 million. “And this is the important funding for American Samoa every year,” she said.

King Young revealed that CMS has allowed American Samoa to first use the $16 million to be received Oct. 1st and save the $11.7 million to use starting Jan. 1, 2020.

And while, due to the CR that extends the 100% FMAP — it’s currently headed to the Senate — the local match for Medicaid funding at 45%- with 55% by the feds may only be on hold until Nov. 21st — at which time it will return to the local match requirement.

Without the local match, she said, her office could not carry out the off-island referral, medical equipment and the DoH community health centers, and thus stressed the importance of sufficient money to cover local matching funds.

During LBJ Hospital’s hearing last week, chief executive officer, Faumuina John Faumuina stressed the importance of local matching funds for the hospital, in order to get paid by Medicaid, and the reason it depends on the ASG subsidy for the annual budget.

At Wednesday’s hearing, Sanitoa noted that LBJ’s fiscal year 2020 budget lists the entire $11 million from Medicaid as one of its funding source. King-Young told the committee that the Administration is pushing, lobbying, and closely monitoring a bill moving through the US Congress dealing with Medicaid and it would give American Samoa $84 million for six years.

Last week Gov. Lolo Matalasi Moliga joined governors of the 4 other US territories in urging congressional leaders to address federal funding to the territories under the 2018 Bipartisan Budget (BBA) and ACA. The chief executives pled for the extension of 100% Medicaid coverage for the territories for three years. (See Samoa News Sept. 16th edition for details).

Samoa News wasn’t able to obtain information yesterday on whether Congress has responded.