Man who stole from his mother can't apologize — she passed away 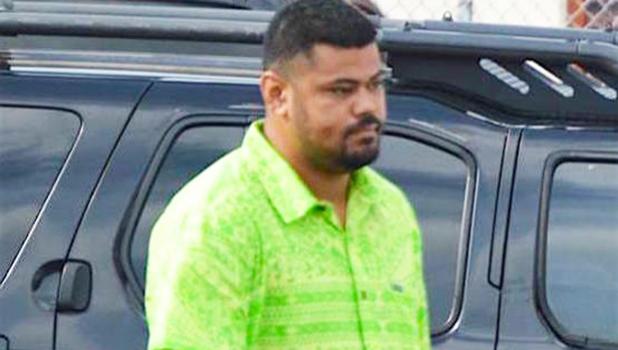 Pago Pago, AMERICAN SAMOA — An American Samoa man who stole his mother’s belongings, then sold them to get money to buy methamphetamine (ice) told the court he is truly remorseful for what he did, and he wishes he had a chance to apologize to his mother and have her forgive him.

Marty Tanielu, who remains in custody unable to post bond of $10,000 appeared before Acting Associate Justice Elvis P. Patea last week for sentencing, during which he told court that his mother passed away last month — while he was in jail — and therefore he wasn't able to personally apologize to her for what he did.

The charges stem from an incident that occurred on Nov. 22, 2017 when police found drugs inside Tanielu's vehicle and in his possession. A male passenger who was with the defendant when police searched the vehicle, told investigators he went twice with Tanielu to Le Aute to buy drugs.

A week after Tanielu was arrested and charged with drug possession, the government filed felony-stealing charges against him in two additional criminal cases.

District Court Judge Fiti Sunia dismissed one of the two additional cases during Tanielu's preliminary examination, but the other case was bound over to the High Court.

For that case, the government accused Tanielu of stealing his mother’s things, such as jewelry, watches, gold necklaces, etc., and selling the items to others for money, which he then used to buy drugs from Le Aute.

Tanielu agreed to enter into plea agreements with the government — in both cases.

He pled guilty to unlawful possession of a controlled substance, to wit; methamphetamine in the first case, and guilty to stealing in the second case.

With his guilty pleas, Tanielu admits that on Nov. 22, 2017, detectives of the DPS Vice and Narcotics Unit stopped his vehicle in front of a store in Tafuna. The government claimed Tanielu had two outstanding bench warrants, and that was the reason why police stopped his vehicle that day. Methamphetamine was discovered upon search of the vehicle.

Tanielu further admits that he stole his mother’s belongings and sold them to his friends to get money to buy drugs from Le Aute.

When given a chance to address the court, Tanielu expressed remorse for his actions and begged for a second chance to return home to care for his family. He told the court he wants to change his life.

“I also want to apologize to my mother for stealing her stuff. She passed away last month while I was in jail. Even though God called my mom, I want to say to her, that I am sorry for what I did and please forgive me. I want to go back home and be of use to my family,” Tanielu continued.

“My client’s meth addiction problem destroyed his life and even caused a problem inside his family,” White said. He then asked the court for a probated sentence, to allow his client to attend a drug abuse counseling program to help with his addiction.

Prosecutor Woodrow Pengelly echoed White’s submission for a probated sentence. He said the government believes the defendant is truly remorseful for what he did.

He said all of the defendant’s cases are connected to his drug problem, and the government feels the nearly 6 months Tanielu has already spent in jail is sufficient.

Pengelly did ask the court to order Tanielu, as a condition of his probation, to seek and obtain gainful employment.

“Your drug addiction drove you to steal from your own mother, which is the worst thing you could do,” Patea told the defendant.

For unlawful possession of methamphetamine and stealing, Patea placed Tanielu on probation for 5 years, under certain conditions, which include serving 20 months at the TCF without any release, except for medical purposes or by an order from the court.

All but 6 months of the jail term is stayed, meaning Tanielu will be released this month.

Upon release from the TCF, Tanielu is to seek, obtain, and maintain gainful employment within 60 days. He is to remain alcohol and drug free, and submit to random testing.

“If you fail to comply with any one of these conditions, you will be brought back to court and you will be ordered to serve the remaining period of your detention,” Patea told the defendant.