Lawmakers hear testimony on tragedy of suicide targeting our youth 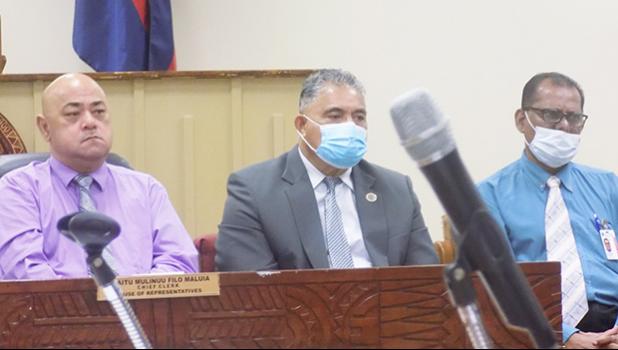 Pago Pago, AMERICAN SAMOA — A hearing was held last week Friday before the House Human and Social Services Committee in response to concerns from faipule about the alarming rise in suicide — especially among youth — in the territory.

The hearing was chaired by Swains Island faipule, Su’a Alexander Eli Jennings, who was also the main person who requested the hearing so that faipule can get a clear picture on what are the possible causes of this problem and what needs to be done to stop it.

Information shared during the hearing revealed that last year there were 11 suicides in American Samoa. There have been a further 5 suicides in the first month and a half of 2021. The majority of the victims were under 20 years of age. The youngest was 15 years old, according to figures provided at the hearing.

Officials from various government departments including Health (DOH), Human & Social Services (DHSS) and Education (DOE) along with the Governor’s Working Group on Suicide presented data to the Committee.

According to the experts, information provided by young people who attempted to take their own lives and failed, may help with solutions to preventing more suicides; especially among young people.

Dr. Shishram of LBJ Hospital said that last year 17 people who attempted suicide were admitted to the hospital and referred to him. He told the hearing this is only some of those who made an attempt to end their own lives, and shared information on the reasons, methods and other data about suicide attempt cases.

The doctor pointed out that awareness efforts in the schools should teach children coping skills so that they can understand suicide is not a good way to escape their problems.

He encouraged teaching young people to seek help from their counselors or their peers as well as using positive activities to help take their attention away from what hurts and angers them.

Other witnesses including Dr. Julia Fo’ifua and Motusa Tuileama Nua noted that there is a disconnect between agencies dealing with behavioral and mental health issues. They also said there are too many telephone numbers for suicide prevention services and that some lines are not answered when dialed.

Several faipule attending the hearing suggested that one of the principles in life that needs to encouraged nowadays are the evening prayers and family gatherings. Manu’a faipule believe that young people will have good foundation and a close relationship with their family especially God if they continue to be part of the family evening “lotu”.

Others said they believe that there is a need for more awareness and other programs to tackle problems faced by young people so that they will understand the importance of living happy lives.