Last day of fundraising for Samoa is today, Dec. 13th 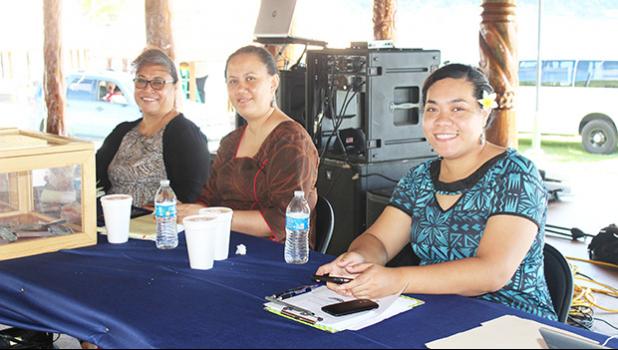 Pago Pago, AMERICAN SAMOA — The "Fesoasoani Alofa mo Samoa Fundraising" committee yesterday reiterated during its broadcast from the Suigaula o le Atuvasa Park in Utulei Beach that today, Friday, at 4pm. is when the event will officially close.

There has been no official word from ASG, which is organizing the fundraising - or the committee - on why the event is closing earlier than the initial date of Dec. 20th.

Despite the rain - heavy at times - yesterday morning, the community including businesses, villages, and church leaders showed up to personally make their contributions. As of 4p.m Wednesday, the fundraising committee raised nearly $140,000, according to one of the broadcasts yesterday morning. The highest amount so far, collected on one day, is over $43,000 which was the first day.

Gov. Lolo Matalasi Moliga, along with the committee and cabinet members, will meet at 10am. tomorrow, Saturday to finalize the total amount of money collected and the final tally will be announced publicly. The mandatory contribution from all ASG employees including cabinet members will be finalized tomorrow and added on to the final tally, according to officials