With Samoa allowing flights into the country for citizens stranded in N.Z and easing stay at home rules, I think America Samoa should ...
Do the same
40%
Only ease stay at home rules
11%
Keep things the way they are
49%
Total votes: 244
Home

JUST ASKING… When will there be a new Fono building? 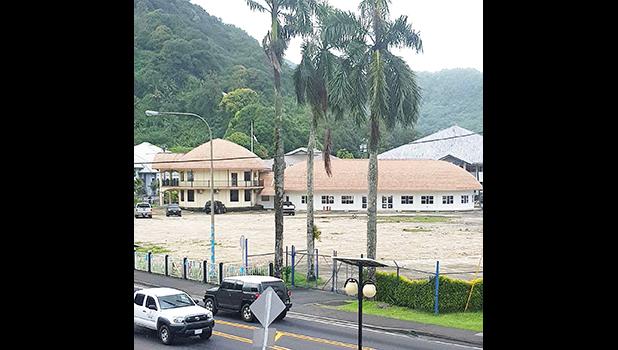 When is the new Fono Building going to be built, Samoa News asks, as the legislators take their seats in their temporary quarters at the Fale Laumei, the Gov. H. Rex Lee Auditorium?

The State of the Territory’s Address was delivered at the auditorium yesterday — which have made many wonder when, if ever, the new fono building will be built to become the new and permanent home for the Legislative Branch of government.

Currently the empty lot where the old fono building once stood is starting to take on the look of the old Rainmaker Hotel site. Grass and weeds are sprouting. It can’t be too long before rugby balls make their presence.

Unfortunately the answer that funding is merely a matter of ‘not enough’ does not stand up — as the wording in the “2015 A Series” American Samoa Economic Development Authority bond clearly states, when it comes to the

A portion of the proceeds from the Series 2015 Bonds will be used to finance all or a portion of the costs of acquisition and construction of a variety of capital improvement projects in the Territory, including:

New Fono Building Engineering and Design. Approximately $1.5 million will be used to fund the design and engineering of a new building to house the Fono, the legislative body of the Territory.

You read that right. “Design and engineering”.

Zero funds were included for the actual construction costs of the building. Moreover, engineering considerations of the stability of the reclaimed land and the fact that the new fono is located on a flood plain have raised the engineering and design costs above the appropriated $1.5 million.

Until the ASG can fund the $5 or $8 million dollars necessary to complete construction, legislators will have to settle in to their current quarters.

The legislators did sign off on the bond enabling legislation. Surely they knew that no construction costs were included in the bond — if they read it. Perhaps this session of the legislature will enlighten the public whether the ASG has promised budgeted funds to build the new fono.