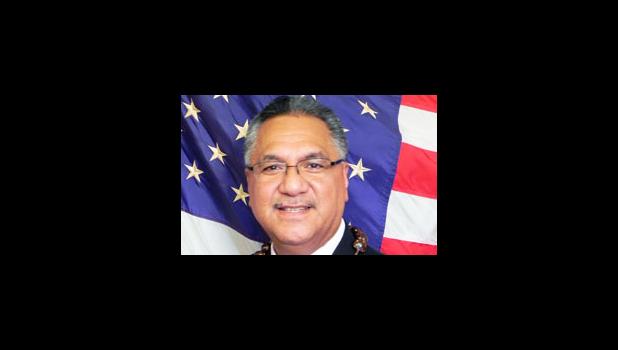 Washington, D.C. — The U.S. Department of the Interior’s Office of Insular Affairs (OIA) has awarded $1,670,450 in CARES Act grant funding to the American Samoa Government (ASG) to help repatriate American Samoans stranded outside of the territory since the onset of the COVID-19 pandemic last year.

Gov. Governor Lemanu Peleti Mauga yesterday said in a Zoom call to the repatriated residents at Tradewinds that all returning residents on repatriated flights are being required to pay $500 for airfare. This was recently confirmed in a media release from the Governor's office.  (Read seperate story in this issue.)

According to what sources told Samoa News, the Governor said while ASG wants to bring everyone home the gov't cannot afford it, that’s why repats are being asked to pay (after the fact) $500 for airfare. Reports are that the quarantining returned residents are upset with this development.

The American Samoa Government has been coordinating with OIA and other federal partners to repatriate residents back to the territory and will use the OIA CARES Act funds to support pre-quarantine requirements necessary to help ensure American Samoa’s ongoing status as the only U.S. jurisdiction without any COVID-19 cases.

“Since the onset of the COVID-19 pandemic and the restriction of travel into the territory, hundreds of American Samoans have been stranded outside of the territory and have been unable to return home,” said OIA Director and Acting Assistant Secretary for Insular and International Affairs Nikolao Pula. OIA is pleased to support Governor Lemanu Mauga and his administration in this historic and important operation to reunite families, while also promoting safety measures.”

The repatriation has been a huge collective effort that includes health workers, ASG officials, Hawai’i State officials, and federal officials. It also included community service and church organizations, such as the Tagata Tutufa’atasi Alliance of American Samoa, who have also provided food, shelter, and other on-going support to the folks who have been stranded since last year.

The funds will be used to purchase testing and cleaning supplies and provide overall support at the isolation and quarantine stage before departing Honolulu for the territory. The first repatriated group of 159 individuals arrived in American Samoa on February 5 and will remain isolated for fourteen days prior to being dismissed to their families.

A February 5 press release issued by the American Samoa Government states that protecting the territory from COVID-19 remains the number one priority. Furthermore, the American Samoa Government remains vigilant to ensure the safety and good health of the people, while making adjustments following the first repatriation flight to improve the efficiency of the process, and to utilize data collected to assure better decision-making.