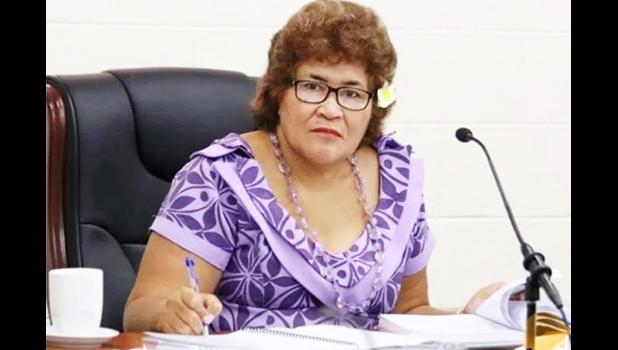 10% of Samoa Parliament must be women
Source: Samoa Global News

Apia, SAMOA — In an unexpected move the Office of the Electoral Commissioner has announced on their Facebook page that a 6th woman would enter the Parliament of Samoa to make up the minimum 10% as required by the Constitution.

Samoa’s Constitution however still refers to the previous situation of a 49-seat Parliament, and does not reflect recent reforms, that took Parliamentary seats to 51.

The woman with the highest percentage of votes gets to take the special temporary measure seat. Aliimalemanu won just over 40% of the total votes cast in her Constituency.

Aliimalemanu Alofa Tuuau, who is from the ruling party, has been elected to Samoa's parliament through the statutory mandate ensuring 10 percent of the seats are occupied by women. Her election under the threshold now puts the ruling HRPP ahead of the Faatuatua i le Atua Samoa ua Tasi (FAST) with 26-25 seats in parliament respectively.

The country had been eagerly awaiting the decision of Independent Member Tuala Tevaga Iosefo Ponifasio as to which party he would join.

Unconfirmed reports say Tuala was about to make his move to FAST known today.

Despite current results and even a Parliament forming, several court cases loom as candidates sue each other for breaking election rules. A practice, which has become a norm in Samoa post election.