Governor’s report details DBAS accomplishments over the past year 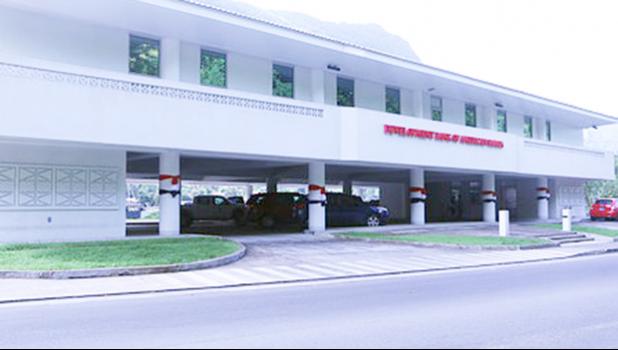 Pago Pago, AMERICAN SAMOA — The Development Bank of American Samoa’s efforts and accomplishments — especially in loans made to the community — were summarized in the Governor’s State of the Territory Comprehensive Report distributed to lawmakers last week Monday.

Members of the public have also questioned and wondered what DBAS is doing to help improve the lives of local residents through home loans and small business loans, when at times they don’t qualify for loans from the usual financial institutions on island.

According to the report, from the years 2020 to 2021, DBAS funded a combined total of 36 home renovations and new home construction loans through its Direct Mortgage Loan Program totaling $922,500.

Another federally funded loan program that DBAS has partnered with is the VA Native American Direct Loan (NADL) for Veterans returning home to build their homes. This program approved 5 loans over the past year with a loan volume of $797,792.

According to DBAS, this specific program has created 572 jobs in the past seven years. Last year it was recorded that 404 jobs remain from the 572 jobs created by EDRLF funding and some of the job loss was due to COVID-19.

DBAS reported on small business developments from fiscal year 2020 to 2021 and cited funded programs. And it funded these programs:

“These loans helped promote and support small businesses especially during the pandemic. Special Project Commercial loans for farmers and fishermen succeeded with the approval of a combined total of 104 loans, with a volume of $245,800,” according to DBAS.

DBAS also summarized accomplishments of its Finance Department, saying that the final audit opinions for financial statements were presented fairly in all material respects for fiscal year 2019. DBAS is anticipating an audit for FY 2020 to commence soon.

For the bank’s $2 million loan in 2016 from the American Samoa Government Employee Retirement Fund (ASGERF) — that was used to increase funding for home and business development — DBAS said it is paid off entirely as of October last year in the amount of $2.50 million.

This funding allowed DBAS to assist 180 homeowners to improve their dwellings, and 12 businesses to sustain their operations, the report said.

And DBAS is moving to upgrade computers, network infrastructure, and procuring related equipment — thanks to $255,811 funding under the Technical Assistance Program (TAP) grant from the U.S Department of Interior.

“Step into Virtual Banking Project” is how DBAS describes this initiative with the help of federal funds.

“Adapting to the changes of modern way of living have led DBAS to search for avenues and strategies to make virtual banking a reality and to withstand any unforeseen circumstances in the future,” it says.