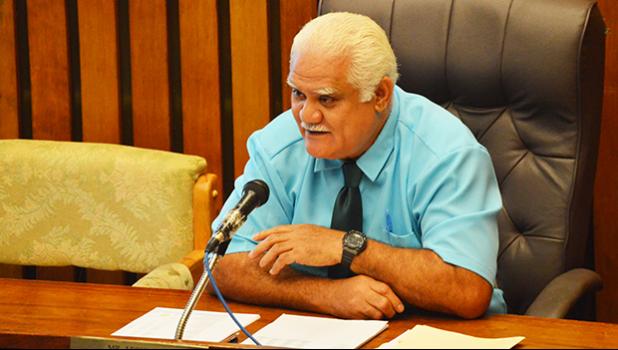 By law, employers have until Jan. 31st to release the W2 tax form for their employees; but Samoa News, since last month, has already received reports of some residents who are allegedly prepared to send their tax forms to relatives or friends living in the US so their taxes are filed with the IRS.

The purpose is to obtain a higher refund check amount by claiming the federal Earned Income Credit (EIC), for which American Samoa taxpayers are not entitled to. And despite past federal prosecutions of Samoans in the US filing the EIC for local taxpayers, that hasn’t stopped residents from sending their W2 forms to be filed by friends or relatives in the U.S.

Even more tempting in filing with the IRS is the Child Tax Credit (for which local taxpayers do not qualify for due to local laws amended in the year 2000) for the 2019 tax year, which has increased to $2,000 per qualified child under the federal tax reform laws, according to local and off island sources.

Samoa News notes that local taxpayers who qualify, can claim through filing with the Tax Office, the Additional Child Tax Credit (ACTC) which is funded by the IRS.

In a statement last Friday afternoon, ASG Treasurer Uelinitone Tonumaipe’a informed and advised all taxpayers “to please refrain from illegally filing your tax returns” with the IRS to claim the EIC and the child tax credit. “The Tax Office is working together with the IRS to identify local taxpayers who are engaged in this illegal practice and reprimand them to the fullest extend of the law,” Tonumaipe’a warns.

Regarding free filing assistance, the Tax Office, as in past years, will do so for taxpayers filing basic returns — for example Form 390EZ and Form 390 — with the following limitations:
• single & married filing separately - $25,000 income limit
• married filing jointly, head of household & qualifying widower - $50,000 income limit

This program “does NOT include” any filings with attached schedules or business tax returns, according to the Treasury statement.

Tax filing above the income limit amounts and/ or are required to file schedules and business returns are “advised and encouraged” by Treasury to seek assistance with a private tax preparer or professional “of your choice,” said Tonumaipe’a.

The Tax Office will be “strictly and accepting ONLY original documents” for each filing submission. For example, original copies of birth certificates and social security cards for the tax payer and dependents - if any are claimed. Copies of these documents “will not be accepted.”

A valid form of ID is required to verify the tax filer’s identity at the time of filing.

To ensure each tax filing is accurate and complete, the Tax Office requests that filers have all required forms and documentation in order, prior to arrival for filing at the Tax Office, on the ground floor of the A.P. Lutali Executive Office Building in Utulei. The program is offered from 8a.m. to 3:30pm during working days.

In closing, Tonumaipe’a reminds the public that this program is “free of charge”, and “tips or gratuities are strictly prohibited”.