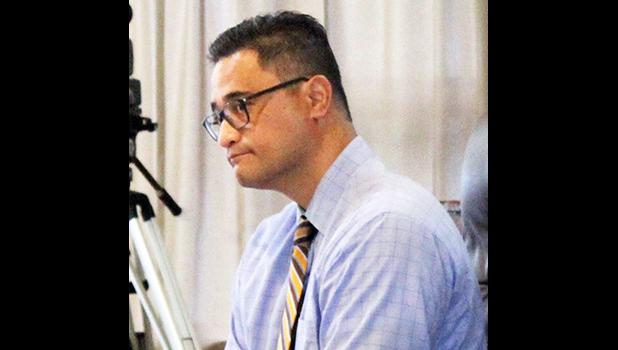 Pago Pago, AMERICAN SAMOA — In a unanimous 15-0 vote, the Senate on Friday endorsed a House Concurrent Resolution, lending the Fono’s support of ASG and Congresswoman Aumua Amata’s move to reverse on appeal, a ruling issued last month by the federal court in Salt Lake City, Utah on the US citizenship lawsuit.

Introduced by House Speaker Savali Talavou Ale and approved by the House on Jan. 14th, the measure states that the Fono “endorses and joins efforts” by Gov. Lolo Matalasi Moliga and the Congresswoman “in appealing and seeking reversal” by the federal appeal’s court “the erroneous decision” in a ruling by the Salt Lake City federal court based on a lawsuit filed by three American Samoans residing in Utah.

The measure points to a ruling more than 4 years ago by the federal court in Washington D.C. where an identical lawsuit was dismissed and the dismissal was upheld by the D.C. appeal’s court.

In that case, the judge ruled - among other things - that Congress has the authority to extend citizenship to outlying US territories - including American Samoa, where the right to citizenship is not given at birth.

As previously reported by Samoa News, it was on Dec. 12, 2019 that US District Court Judge Clark Waddoups in Salt Lake City ruled that because the plaintiffs were born in American Samoa - a U.S territory - they are automatic U.S. citizens in accordance with the 14th amendment of the U.S. Constitution.

The following day, Dec. 13th, Judge Waddoups put his ruling on hold until the appeal process is completed.

The Washington D.C. based law firm representing ASG and the Congresswoman told Samoa News that they are moving forward with the appeal. There was no update as of Friday on the case.

Before the Senate endorsed the House resolution, a committee hearing was convened where Attorney General Talauega Eleasalo Ale was the sole witness. Some senators were critical of the plaintiffs who filed the suit at the Salt Lake City federal court.

On Friday, Congresswoman Aumua Amata said she appreciates decisive and unanimous action by the Fono (American Samoa’s Legislature) through their Concurrent Resolution, which shows the nation that the strong support of American Samoa’s elected officials is behind the right of self-determination on the citizenship question and regard for the traditions of Fa’a Samoa.

“This Resolution is an important statement by our Fono that establishes the public position of the Territory,” said Aumua Amata. “It helps clarify that the people of American Samoa, as reflected in their elected officials across the board, deeply value our rights in relationship with the United States. We’re so proud to be a part of the United States, and our people have a rich tradition of service in the U.S. Armed Forces. We also value our distinctive and ancient culture, and we have the right of self-determination to safeguard that culture. The Fono has formally expressed those sentiments in this Resolution.”

As the D.C. Circuit Court has stated — it would be more than “impractical and anomalous...” “to impose citizenship by judicial fiat—where doing so requires us to override the democratic prerogatives of the American Samoan people themselves.” Indeed, it would be a violative unilateral action by the courts to usurp the tri-lateral rights of the leaders in American Samoa, the U.S. Congress and the President on such an important issue.

“I want to thank every member of the Fono, President of the Senate Gaoteote P. Tofau and Speaker of the House Savali Talavou Ale,” said Aumua Amata. “Thank you to Governor Lolo Matalasi Moliga for his leadership throughout this entire case, and Lieutenant Governor Lemanu Peleti Mauga, and Attorney General Talauega Eleasalo Ale for his work on this effort.”