With a few glitches $23 million in stimulus checks processed 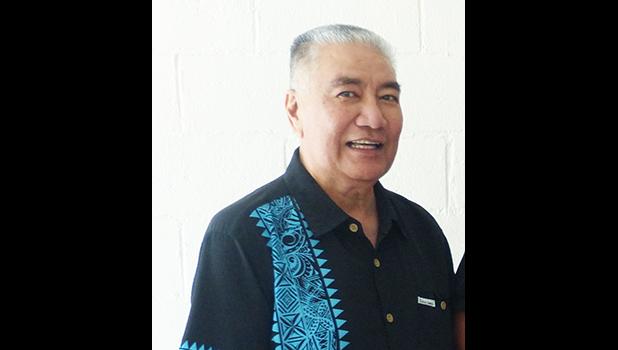 Social media was all ‘a twitter’ with comments and posts
By
Fili Sagapolutele
fili@samoanews.com

Pago Pago, AMERICAN SAMOA — As ASG Treasury Department has undertaken for the first time a large distribution of payments of federally funded stimulus checks, Deputy Treasurer Keith Gebauer acknowledged that some errors and mistakes were bound to happen despite their best efforts.

More than $23 million worth of Economic Impact Payments (EIP), or stimulus, checks were out in the mail last Friday and available the next day at the mail boxes of local qualified taxpayers.

Social media was flooded with comments and postings from mailbox owners who received stimulus checks belonging to others. Other residents went as far as posting on social media a request for “help” in locating their stimulus checks.

There was even a social media posting where a family was able to identify the mailbox where their check was mistakenly sent and they put out an urgent message seeking the owner’s identity. And the owner of that mailbox responded by Tuesday.

But the most interesting came from three residents who claimed they received two stimulus checks in one envelope. One instance is a Samoa News staffer who explained that her brother received in his envelope not only his stimulus check, but also a check belonging to someone else — with a whole different mailbox number.

“Given the sheer number of checks and the size of the distribution, I think some errors and mistakes are bound to happen despite our best efforts,” said Gebauer yesterday morning responding to Samoa News inquiries.

“Some of these errors are simply human errors on our part and others are incorrect information on the tax filing forms,” he said, adding that ASG Treasury expresses appreciation to the general public and all involved with the EIP distribution for their patience and understanding.

He noted that the Tax Office has received several reports similar to social media posts that Samoa News described.

“Each incident is unfortunate and the Tax Office will make every effort to ensure the correct EIP recipient receives the correct check,” he said.

ASG Treasury asked that if a mailbox owner discovers an EIP check - or any ASG check - that doesn't belong to them, to please turn it into the Post Office or to the Tax Office, whichever is more convenient for you.

Gebauer said Tax Office would make every effort to contact the correct recipient and make any corrections to the taxpayers information on record.

“We sincerely apologize for any inconvenience and we will make every effort to resolve as quickly as possible,” he said. “This was the first time the ASG Department of Treasury has ever undertaken such a disbursement of this kind.”

He explained that ASG Treasury, as part of its implementation plan worked with — and continues to work — with all the key stakeholders involved in the EIP distribution process.

For example, “the Tax Office had coordinated with our off-island bank to open a Trust account as required, coordinated for several weeks” with Territorial Bank of American Samoa (TBAS) “to ensure sufficient cash was available prior to our EIP release,” he explained.

And ASG Treasury also coordinated with the Post Office on delivery and distribution and the Department of Public Safety for support managing the expected traffic.

Early last week several residents and business representatives started voicing concerns as to whether there would be enough cash on island once the EIP and tax refund checks were distributed. Stores can’t cash any check of more than $1,000.

According to Gebauer, Treasury made every effort to plan and anticipate as best it could. He explained that Treasury’s stimulus checks distribution schedule was in conjunction with TBAS “to ensure the bank had enough cash on hand” to cover the $23.7 million in EIP checks and $1.9 million in Tax Refund checks.

He explained that if TBAS had not been able to import sufficient cash, ASG Treasury would not have released the EIP checks. And ASG Treasury also made “our best efforts to communicate” to all relevant stakeholders including the Chamber of Commerce and local media outlets as information became available.

(Samoa News notes that ASG checks for both EIP and tax refunds are issued through the ASG TBAS account.)

With the distribution of EIP and tax refund checks, traffic in town and at other locations where there are stores, was slow moving. Samoa News received reports of customers on a buying spree in various stores island-wide — starting last Saturday afternoon and increasing by Tuesday.

“As had been the case with past tax refund checks distribution, we expect to see a very positive impact on our local economy” and Treasury “expects businesses of all kinds to see significant increases in traffic and sales,” said Gebauer.

“We anticipated long lines [at banks] associated with the EIP checks and tax refund checks and would expect them to continue for the better part of this week,” he said.

“We are entering into the graduation season, although modified due to the state of emergency declaration, we would guess the general public would prefer to have their EIP checks as soon as it was available,” he pointed out.

He explained that the initial EIP distribution — totaling 9,300 checks for approximately $23.7 million — covered all 2019 filings that had been processed by the Tax Office through May 14th.

And about 1,600 checks were available for pick up at the Disbursing Office as general delivery on Tuesday this week and attracted a large crowd, which then headed next door to the TBAS branch in Utulei.

The Disbursing Office remained open until the last person in line was served well past 4 pm on Tuesday.  “We are grateful for their patience during this process,” said Gebauer.

The second round of EIP checks is expected to total 2,400 checks worth between $4.5 to $5 million, he said and explained that the Tax Office and Disbursing Office are aiming to release them as soon as the vetting and preparations have been completed — as early as this Friday, May 29th. A press release will be issued once a date has been confirmed.

He said all remaining EIP checks would be processed by the extended deadline for 2019 tax filing by July 15th.

“This had been a one of a kind type of release in the history of ASG,” he said. “We considered various options for disbursement and decided on following the Internal Revenue Service (IRS) game plan as the fairest option for disbursing the EIP checks.”

He acknowledged that some things occurred as ASG Treasury had anticipated and others things they learned along the way.

“As a Department, we have learned a lot through this process, regarding our capabilities, shortcomings, needs and ability to overcome some adversity,” he said.

“We acknowledge some mistakes and errors have occurred but we will apply those lessons as we move forward and plan on incorporating our learning into our operation,” he pointed out.

He also said that Treasury is conducting an “after-action summary based on our initial EIP release and we will also be gathering information from all stakeholders involved in the EIP distribution.”

Gebauer said he “couldn't be prouder of the efforts and hard work” of the various offices within ASG Treasury, along with others at the A.P Lutali Executive Office Building for working together to accomplish this initial release.

“Our overriding goal as the Treasury Department was to make every effort to accurately and in full compliance with our implementation plan process and distribute all EIP checks to eligible recipients within the Territory as quickly as possible,” he said.

“In the event that we may make mistakes, we apologize and ask for the general public and any affected recipients to please contact us at the Tax Office 633-4181,” he said.

For questions please send an email to stimulus@tr.as.gov or call Tax Office 633-4181.