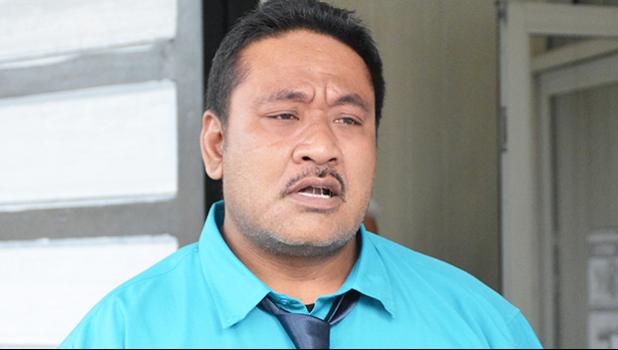 Pago Pago, AMERICAN SAMOA — Chief Justice Michael Kruse has declared a mistrial in the Tautua Letasi drug case, after the jury was unable to reach a unanimous verdict. Immediately after Kruse delivered his decision, prosecutor, Assistant Attorney General, Woodrow Pengelly asked the court to set another trial date. Kruse granted the government’s verbal request and ordered both parties to get together with the Clerk of the Court to set a new trial date.

Jurors who spoke with Samoa News outside of the courthouse after the case provided differing views about the case. Two jurors claim to believe that police placed drugs and drug paraphernalia inside the backpack and also inside Letasi’s home, while another juror questioned the creditability of one of the government’s witnesses.

“I feel that the evidence the government presented during the trial was not enough to prove their case. The government was not certain about their evidence, for example the glass pipe that was allegedly found inside Letasi’s home in Aoloau — it was clear from police testimonies that they allegedly found the glass pipe while Letasi was not inside the house,” one juror told Samoa News.

Another juror stated that some of the jury did not agree with the evidence, and that’s why they did not know exactly whether the defendant was guilty beyond a reasonable doubt.

“I feel that some of the drugs were framed and planted by police officers. I was not satisfied that Letasi was a drug dealer because the vehicle does not belong to him, and so, the drugs that were inside the vehicle were also not (proved to) belong to him either,” another juror told Samoa News.

The juror who questioned the creditability of one of the government’s witnesses stated that a police officer must be a person of good character who upholds the law with no criminal record at all.

“I was shocked to learn that one of the government’s witness was convicted for a criminal act and was also ordered by the court to serve a period of imprisonment. How can a person who has a criminal record still be a police officer and continue to prosecute other civilians?” the juror asked.

The government witness this juror was referring to was Detective John Paselio, who was sentenced to 30 days in jail on charges of assault and possession of a prohibited weapon. The conviction stems from an incident that occurred in Oct. 2014 in a bar. The government says Paselio assaulted a security guard, shattered a window at the bar, and then retrieved a gun from an unmarked police vehicle and threatened to use it.

Paselio has been involved in the conviction of a number of inmates at the Territorial Correctional Facility (TCF), and that’s why the court ordered that he serve his jail time in Manu’a. He was sentenced on Mar. 30, 2015.

It was after three hours of jury deliberation when attorneys for both side were called in for a Judges Conference in chamber.

A few moments later, the court was reconvened and the government’s case against Letasi was called.

Kruse then told the court that the jury had sent out a note, and the court has taken the matter into account and consulted with counsels. Kruse stated that according to the jury’s written note, they were unable to reach a unanimous verdict and asked whether it would be possible for the court to call another witness to the stand.

“The answer to your question is no,” Kruse told the jury.

“Please bear in mind that you don’t tell anyone or even me what your verdict will be until you get a unanimous verdict of whether the defendant is guilty or not guilty.”

Kruse reminded the jury that the defendant had been charged with 4 separate charges, and they must consider and decide each charge separately.

“Your verdict on one count should be separate from the other counts,” Kruse said.

“As jurors, your duty is to decide the case among each other and you have to come up with a verdict. You can do that without violating each individual’s judgment, and you must consider the case for yourself after deciding the facts.”

Kruse reminded jurors that they should not change their own decision based on their fellow juror’s thoughts, because all of them are equal jurors who have heard the same evidence.

After giving out the court’s decision on the jury’s question, they were then ordered by the court to retire from the courtroom and return to their deliberation room to continue their work.

One hour later, another written note from the jury was given to the court. The court was then reconvened.

When the case was called again, Kruse asked the person who was in charge of the jury, whether he thought they could reach an unanimous verdict if they were given more time to deliberate. The jury foreman replied, “No your honor.”

“It’s clear that you were unable to reach a unanimous verdict, therefore, the court declares this case as a mistrial,” Kruse said.

Kruse then thanked the jury for their role. He stated that he understands how hard it is to be a juror, and he was very grateful for their service.

He then turned to the government’s attorney and said, “Government, it’s your call now. Mistrial means, the case still continues.”

Pengelly asked the court to set another trial date, however, Kruse told both parties to get together with the Clerk of the Court to set a suitable date for the trial.

Kruse then turned to the defendant and said, “Mr. Letasi, I’m not coming to look for you again. You must comply with conditions of your bond release.”

The CJ then added another condition for the defendant’s release — that he is to physically appear at the Public Defender’s (PD) officer every Monday at 8:30a.m and sign in and the PD’s office will then inform the court on the status of this sign-in condition.

Defense stipulated and admitted in front of the jury that the two unlicensed firearms belong to Letasi.

Pengelly presented the jury with 36 exhibits of evidence, along with testimony from 6 witnesses including a DEA senior chemist.

The defense also attacked the search of Letasi’s home in Aoloau by police without his presence. Letasi’s defense attorney, Assistant Public Defender, Ryan Anderson told the jury they didn’t believe that there was a glass pipe containing residue of methamphetamine found inside Letasi’s home.