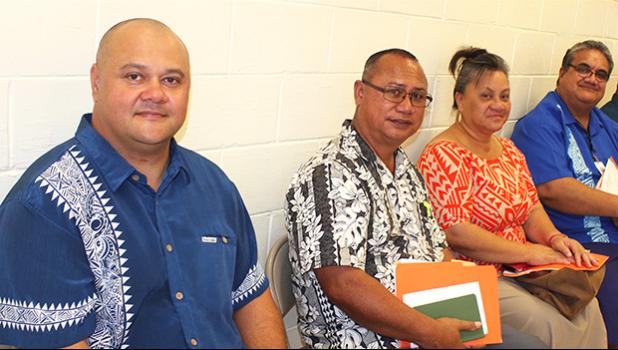 Pago Pago, AMERICAN SAMOA — During the emergency cabinet meeting Sunday, there were a few issues relating to actions taken by ASG during the governor’s emergency declaration due to the measles outbreak, which was first declared last Friday.

American Samoa Community College president Dr. Rosevonne Pato asked a question that others in the community raised on social media after the declaration called for closure of all public schools and daycare centers.

“With the closure of the Daycare Centers and schools, there have been a lot of questions, whether or not those who have young kids and do not have babysitters but work for the government, should come to work? What would happen to them (ASG workers]?” she asked.

“Do they continue to come to work and bring their children, or do they stay home? That’s the question that has been asked, following the closure of schools and daycare centers,” she said.

Gov. Lolo Matalasi Moliga quickly responded, “that’s the responsibility of the parent, the government doesn’t have to tell the parent what to do. That’s their responsibility. With the daycare closed, stay home to take care of the kids, unless the ASG employee is needed during the emergency declaration. First priority is given to the children.”

The governor said it’s the responsibility of the parent to find someone to care for the children. To the parents, “do what is right in ensuring that children are properly cared for,” he added.

Lolo told cabinet members to make sure that record keeping of all employees working as part of the response to the measles outbreak during the emergency declaration period is clearly marked and identified. He said this includes any overtime, as well as expenses.

He said a special account is already set up to pay expenses for this operation and the process for approval and payment is in place. Lolo is hopeful that the federal government will step in, providing resources since the territory is now under an emergency declaration.

Provisions of the declaration state in part that “ASG requests support from federal agencies, financial and otherwise, especially” from the US Federal Emergency Management Agency, the US Coast Coast, the US Department of Homeland Security “to assist in combatting this outbreak.”

She said these patients left the territory before the strict entry requirements — such as having MMR shots or quarantine for 14-days — were put in place last month when the first health declaration was issued, to prevent the spread of the measles. Motusa requested a meeting to review this matter.