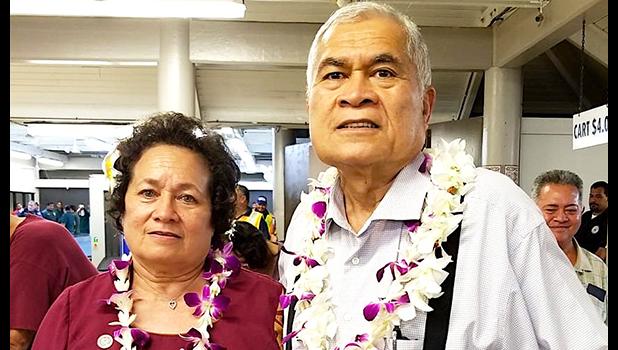 “I will miss Utu Abe Malae deeply, and I know that many of us share a heavy sense of loss. I’m saddened beyond words by this news, and my heart is with his family and those closest to him. He was a dear friend of many years, a superb man of decency and honor, and a highly respected and trusted public servant in American Samoa. A man of compassion, he cared for the people of American Samoa, and helped so many of our people over the years.

“Utu was an irreplaceable public servant to American Samoa. He had a long and distinguished career, and served with dignity, effectiveness and exceptional integrity in so many leadership roles for our Territory.

“For over a quarter of a century, he stepped up into often difficult government positions and left those departments better off for his time at each one. He answered the call to contribute his boundless energy and knowledge to some of the most necessary responsibilities and reforms for our American Samoa Government, and came through time after time with real improvements in these departments. He was a highly educated man, with several earned Master’s degrees from various universities in the United States.

“He was a supportive friend, and always fully committed to do his best for the people of American Samoa. I know that he is at peace and that a loving God has welcomed him home, but it is a big loss for us all in American Samoa.

“He led a life worth celebrating and remembering, and for our young people, he led a life that was an example well worth following. I’m grateful to have known Utu Abe Malae.”