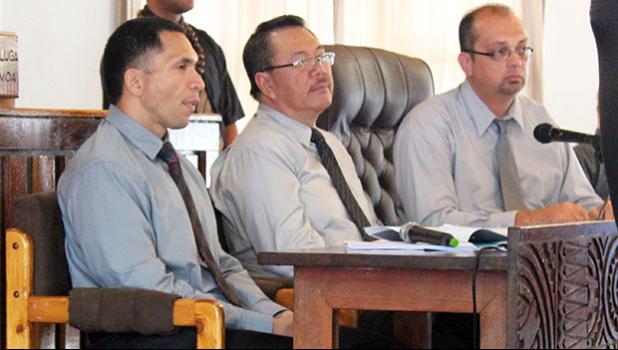 Pago Pago, AMERICAN SAMOA — One of the major concerns raised by lawmakers including Fono leaders is the high cost of electricity, which according to lawmakers, has now reached 35 cents per kilowatt compared to a few months ago.

Tuato’o explained that the increase is due to the hike in fuel prices, which is controlled globally and American Samoa gets its fuel from Singapore, which is provided locally by two oil companies.

Sen. Tuaolo Manaia Fruean said that what ever is said by ASPA, the issue of major concern is the high cost of electricity. He questioned the formula used by ASPA to reach the kilowatt per hour rate. This was also questioned by other lawmakers.

Tuao’o responded that the formula is provided in the Title 12 of the local law, pertaining to Electric Service and includes the fuel surcharge cost.

Wallen added that the “fuel multiplier” calculation for electric was set by a rate consultant. Additionally, ASPA rates were put in place following a study by a third-party. “Basically ASPA rates is based on cost of service,” he said, adding that current electric rate followed a 2009 rate study and there is another study planned for this year.

The planned rate study, would also include the base rate for electric service, said Tuato’o.

Public complaints regarding high costs of electricity has always surfaced over the years, and last October, more public complaints prompted Gov. Lolo Matalasi Moliga to seek information from the ASPA board of directors.

In response, board chairman Fonoti Perelini explained that the electric base rate has not been changed since 2010 and is $0.0974, $0.1065 and $0.0896 per kilowatt hour for residential, small general, and large general customers, respectively.

Additionally, the fuel surcharge format has not been changed since 2005 and is a pass through cost that varies from month-to-month depending on demand, fuel costs, engine efficiency, and line losses.

During yesterday’s budget hearing, Sen. Tuaolo questioned the solar panel project that was suppose to provide some relief to electric customers.

Tuato’o replied that the current solar panel provides only 2% and ASPA is working on another solar project that will will provide 20% while fuel would provide 80% for electric service.

Sen. Tuaolo complained that ASPA is too dependent on imported fuel for electric generation instead of looking at other types of renewable energy, such as water — coming down rivers — and the ocean.

Spitzenberg responded that ASPA continues to look at other ways of reducing electric costs. In neighboring Samoa, he says, they have a lot of water coming down on rivers, and are using a hydropower plant to generate renewable energy.

But in American Samoa, the territory has only small streams and this doesn’t provide enough water as a source to produce renewable energy for electricity, he said, and noted that using the ocean for renewable energy is expensive.

“Our best option now is solar and wind” and this is being pushed by ASPA and the governor, he said.

Senate President Gaoteote Tofau Palaie called on ASPA to revisit electric rates including the base rate, saying that current rates are just too expensive — which is the message from the community relay to ASPA by lawmakers.