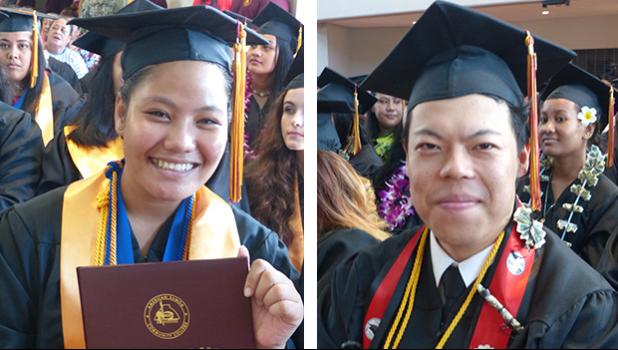 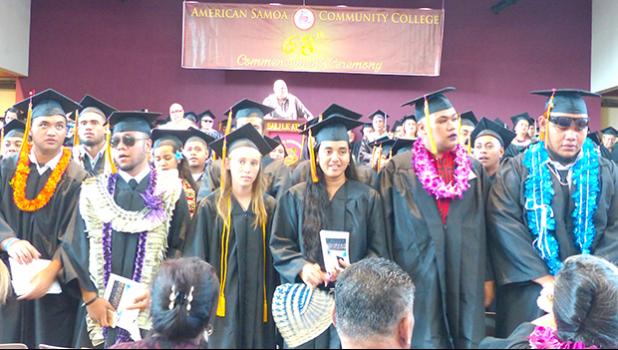 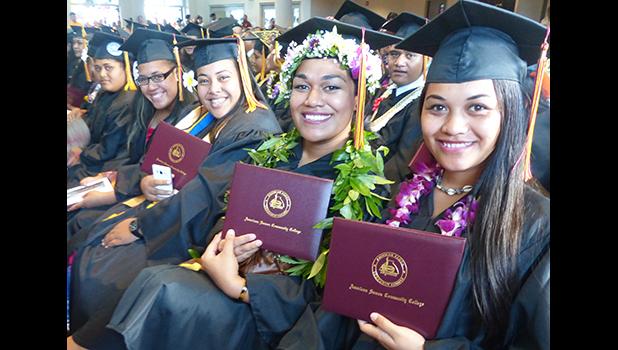 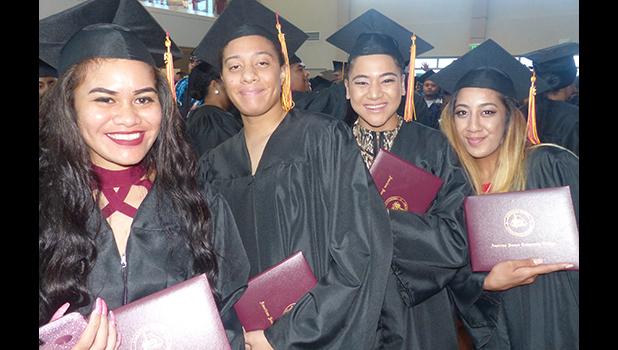 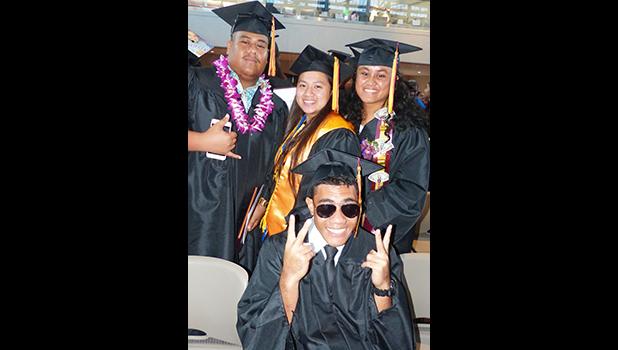 In her special remarks, ASCC president Dr. Rosevonne Pato told students that graduating is the “demonstration of the hard work and commitment to take the step forward in education… And as you embark on the next step in your education and career — and yes there is a next step after this — remember to keep the values that you have been taught, close to you.” She added, “Remember first and foremost to honor our God in all you do as you move on to your next step.”

Lt. Gov. Lemanu Sialega Palepoi Mauga, who is also the acting governor, and an alumni of ASCC delivered the commencement address, which focused on paying the “aitalafu” or debt, telling graduates the debt won’t be repaid with money but “through service to the people, government, parents, community.”

He explained that education is the key to ensuring that the “aitalafu” will be paid. He recalled a quote by former South African president, Nelson Mandela, “Education is the most powerful weapon, which you can use to change the world.”

To the graduates, Lemanu said, “you are all aware of the current state of the world and our territory these days. The truth is, it’s not easy. Not only are changes expensive but the cost of living is simultaneously rising, creating many challenges to our economy.”

He noted that “one of the pathways” being utilized by all countries in the world to mitigate this and other challenges is education. “Education is the only weapon that can change the future,” he said but noted that change for the future is not going to be easy and it’s going to be a challenge.

“Remember if you want to change the future, you must be your very best at the darkest of moments,” Lemanu told the graduates. “Know that life is not fair and that you will fail often. But if you take some risk, step up when the times are toughest, lift up our prayers and never ever give up. If you do these things you will be prepared to pay your aitalafu.”

“And the next generation and the generation that follows, will lead the territory far better than the one we have today. What started here, will indeed change American Samoa for the better,” said Lemanu, a military retiree who graduated from ASCC about 33 years ago.