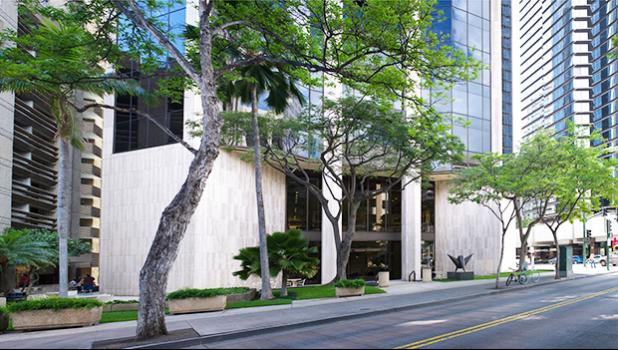 Pago Pago, AMERICAN SAMOA — The Honolulu landlord for Argosy University Hawaii has filed a complaint at the state court to evict the school for failure to pay outstanding rent of more than $100,000, according to filings at the federal court in Cleveland, Ohio, which is overseeing a complaint against Argosy’s owner, Dream Center Education Holdings (DCEH) LLC — currently facing financial woes.

The landlord, Douglas Emmett 2010, LLC, filed Monday a motion seeking to intervene in the federal case, and be included with other landlords who joined the case as movants, after DCEH’s schools including Argosy failed to make timely rental payments.  Argosy Hawaii oversees the university’s American Samoa branch, which is not mentioned in court filings.

Argosy has not paid Movant rent in several months, and the current arrearage is $122,737.58 which is the unpaid lease amount cited in an eviction lawsuit filed Feb. 1st against Argosy at the Hawai’i state court that has stayed the case from moving forward due to the federal case, said Douglas Emmett 2010 in court filings.

Argosy’s current leases for two office spaces and one storage area on Bishop Street in Honolulu expires Mar. 1, 2021 but Argosy has not paid any rent since November 2018, the landlord said, adding that Argosy, its staff, faculty, and students continue to use the properties even though Argosy has stopped paying rent.

The landlord argues that the federal court receivership order does not contain any protections for Movant whom cannot be expected to provide the Receivership estate with free use of the properties indefinitely.

The landlord is asking the court to allow them to intervene.

Douglas Emmett 2010 — also on Monday — filed a separate motion asking the federal court “for the limited purpose” of allowing it to move forward with prosecution of its case at the Hawai’i state court in order to get restitution for its Honolulu properties.

As the lawful owner of the Property, Movant seeks to mitigate its losses arising from the unlawful detainer of the Property by Argosy,  which mitigation will benefit the receivership estate and the creditors of Argosy.

“More importantly, Movant will be irreparably harmed and its interest in the Property will be substantially impaired unless Movant is permitted to recover occupancy of the Property so that it may re-let the Property,” according to court filings.

Furthermore, Movant should not be faced with the prospect of a significant financial loss in order to preserve the assets of other parties, according to the landlord.

Also on Monday, court-appointed Receiver, Mark E. Dottore filed a 13-page updated status report on DCEH and its entities — including Argosy, which currently has 16 campuses and also offers programs online.

Among the issues cited in the report, is the Feb. 27th letter from the US Department of Education (USDOE) terminating Argosy’s participation in the student financial aid programs. According to the report, the USDOE’s decision to cut off Title IV funding to Argosy left the Receiver “with over 10,000 students in the middle of their studies and virtually no money”.

“The Receiver is working on a path forward for students who are trying to navigate these issues,” according to the report, which notes that at the time the Receiver was appointed, there was a total of $5.4 million in all bank accounts of the Receivership Entities.

The Receiver also detailed “immediate and drastic steps” taken to preserve assets and improve cash position for DCEH and its institutions.  Among the immediate actions, is laying off over 1,000 employees; closing the vast facility in Phoenix, Arizona; and cutting "virtually every other expense”.

The report notes that the Receiver has not paid landlords, and many of the landlords are seeking relief from the stay as imposed in the Receiver Order. A landlord report will be submitted in a separate filing later.

The report also revealed that over 60 lawsuits have been filed across the country against DECH and its entities, which are now under the court’s Receivership order, and all of these lawsuits are stayed and not moving forward, following the Receivership’s court order.

Another revelation in the report is that the Receiver has actively pursued discussions with 15 different potential purchasers, including six for Argosy.

“These discussions are critical because one of the best ways to avoid harm to students is to transition the campuses to other owners,” the report said, noting that the USDOE termination of Argosy’s student financial aid “has caused these discussions to accelerate.”