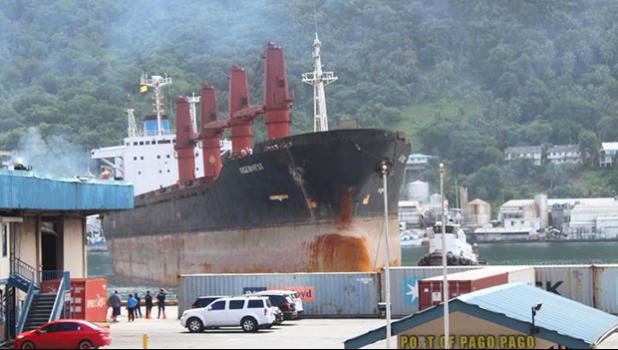 Pago Pago, AMERICAN SAMOA — American Samoa is being compensated by the United States government for having the North Korean freighter Wise Honest in Pago Pago harbor.

The freighter was seized by the US in Indonesia and towed to American Samoa at the weekend, after it was found to be carrying coal in violation of UN sanctions.

Washington claimed it was also being used to import heavy machinery into North Korea.

KHJ News reported no information can be obtained on how much compensation is being paid.

There's concern that the freighter could pose a risk if a cyclone was to hit as it would be there during the cyclone season, Samana said.

The US Coast Guard said the timeline for the vessel to remain in the territory is dependent on an investigation by the US Department of Justice.

It said the vessel will be moved from the wharf to anchor somewhere in the harbour.

There's 24/7 security for the vessel while in port and its presence provides an opportunity for local law enforcement to receive training in different scenarios, a Coast Guard spokesperson said.