AG proposes immigration changes — some fees would be going up 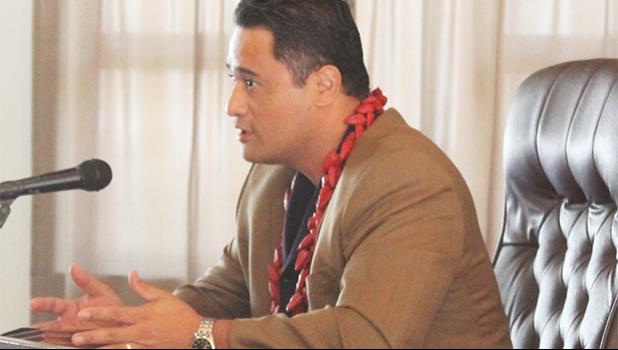 Pago Pago, AMERICAN SAMOA — Certain fees will increase for immigration services, including the Certificate of Identify fee, which will double from $50 to $100 — but at the same time, it will be valid for one-year instead of six months, under proposed amendments by the Attorney General’s Office to the American Samoa Administrative Code (ASAC).

The proposal also has two major changes: whose signature(s) is needed to obtain a permit to enter American Samoa by a foreigner; and, the Permanent Resident bond would become ‘non-refundable’.

Attorney General Talauega Eleasalo V. Ale announced in a June 17th notice that the Department of Legal Affairs intends to amend provisions of Immigration Rules in the Administrative Code — the regulation.

The amendments will become effective on Aug. 1 this year. Interested persons may submit written comments on the proposed amendments to the AG’s Office on or before July 17th.

Certificate of Identity (CI) issued by the AG’s Office will cost $100 and be valid for one- year, instead of the current $50 for six months. An expedited fee of $25 is required if the CI application is submitted to the AG’s Office less than three days or 72 hours before travel, the proposal states.

Additionally, all cards expired beyond one year are invalid and may not be renewed; and the individual holding such expired card will be considered an over-stayer and subject to immediate deportation.

A person granted permanent residency is required to post a bond, and the proposal makes clear the bond “becomes non-refundable and may be released to the General Fund” of the ASG.

The AG’s Office is also proposing several amendments to entry permits. One of them is the elimination from the Administrative Code the requirement of obtaining approval from a matai (sa’o), senior member of the family, pulenu’us or even the district governor or his designee to enter the territory.

Under the proposed rules, a foreigner entering the territory requires “a valid entry permit issued by the Attorney General”; a valid passport, or other valid travel document that will not expire during the visit; and “proof of round trip tickets or onward passage.”

For an individual entry permit, the fee will increase to $50 from $40 — for a 30-day stay and the permit may be extended for an additional 30-days for another $50.

According to the proposal, a group permit may be issued for groups of 10 persons or more. However, no extensions are allowed for group permits, except as permitted by the Attorney General or Chief Immigration Officer “in emergency or unusual circumstances”.

For the Multi Entry Permit, for business travelers, which is currently $50 a month, the proposal increases the fee to $500 valid for one-year. The proposal also makes clear that for each entry, the traveler is allowed to remain in American Samoa for a maximum period of 30-days.

“This permit is available to crews of fishing vessels that conduct business in American Samoa,” according to the proposal.

For the 14-day pass — available to citizens of Samoa to enter American Samoa — it remains at $10 per person per trip. However, the proposal states that the person allowed entry is to “participate in cultural exchanges, religious activities, family, sports or other traditional activities”.

There is one fee decrease in the proposal, and that is for a US citizen, national, American Samoan, or legal resident entering the territory without proper travel documents. The person is required to secure authorization to enter the territory at a current fee of $50

A copy of the 7-page proposed amendments is available at the AG’s Office at the EOB in Utulei, or it may be downloaded from their website <www.legalaffairs.as.gov/notices-downloads>