'Think of a Garden' staged in a garden 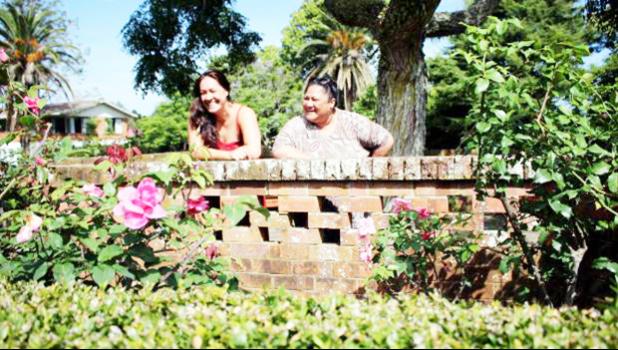 The first time Stacey Leilua saw the play Think of a Garden, or any theatre for that matter, she was 11-years-old.

She was in the audience of the 1993 New Zealand premiere of the John Kneubuhl play, about Samoa's struggle for independence in the 1920s, and it left an impression on her.

In that same theatre was an usher, Anapela Polata'ivao, who was equally moved. Two decades later, she's now directing Leilua as Lu'isa in an Auckland production of the play.

Staged in the garden of Nathan Homestead in Manurewa, the show is the first of an annual series of outdoor summer shows at the historic venue.

For Polata'ivao and Leilua it's an opportunity to provide audiences with a better understanding of Samoa's history.

"As makers of theatre we're speaking these truths on society in order to start to heal and open up conversations," Polata'ivao says.

"In terms of being a creative person and making art, at some point in that journey you really touch into your community and where you come from," Leilua says.

Set in American Samoa in 1929, Think of a Garden tells a story of a family living during the colonial era of the non-violent Mau movement.

Produced in association with Tautua Academy of Performing Arts and Nathan Homestead, the play was the first thing Polata'ivao thought of when she saw the homestead's garden.

After years of putting on shows in the city, she's glad to be bringing more theatre - particularly outdoor productions - to south Auckland.

"I want to shift people's minds and get some quality theatre at a reasonable, affordable price."

Leilua is most looking forward to seeing people enjoy theatre for the first time.

Think of a Garden runs from January 26 to 28, with tickets starting at $15. To book and for more information go to Eventfinda.