A refusal to be beaten by the heartache of measles outbreak 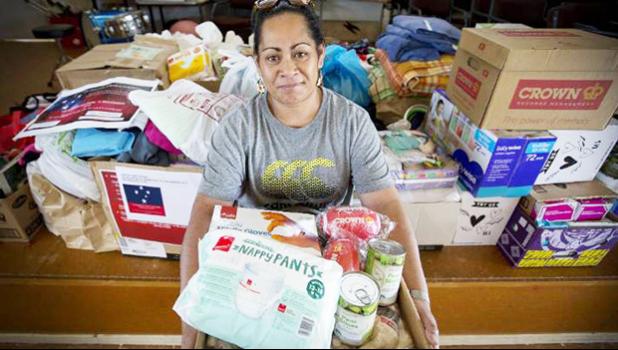 Fatima Sae has family in Samoa. You can hear the pain in her voice, and the loss.

Among the dead are two of her cousin's children, aged 1 and 3. The father remains in hospital with their last surviving child.

Sae, 41, who lives in Palmerston North, was scrolling through Facebook pictures of dead children, family burials and heartache when she decided to put aside her own grief to help others on the islands through theirs.

"Seeing the babies [dead], especially such an epidemic that could have been prevented or we could have done something earlier before it got so bad.

"I just wanted it to stop. When you see the pictures pop up you just can't help but cry, so I had to put myself in check."

Sae set out collecting money and homely resources to support families in Samoa who have experienced the worst life can throw at them.

Boxes of towels, blankets, nappies, cereals, sanitisers and more have poured in from schools, churchs and the community, from the city and surrounding towns.

"I just wanted some way to be able to help them through their struggle and make it more comfortable for them.

"Especially those who feel helpless. It's given them some hope that we can help them, even if it's just a box of tissues, we don't care... We're sweet as long as they keep praying for us, for Samoa."