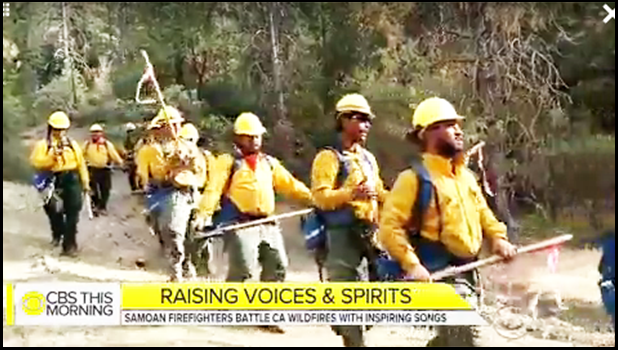 CBS This Morning on Tuesday, featured the National Park Service's Samoa 61 Fire Crew — the 17 guys from a "little dot on the equator," as Anthony Wyberski, one of the team's vets, describes it. For the past five summers, he's made the almost 5,000-mile journey north along with a group he calls his brothers. "We try and bring back our culture, our fa'a Samoa," he told CBS reporter Mireya Villarreal as tape of the group singing as they march along a flame-surrounded path through the forest plays. [CBS screen shot]