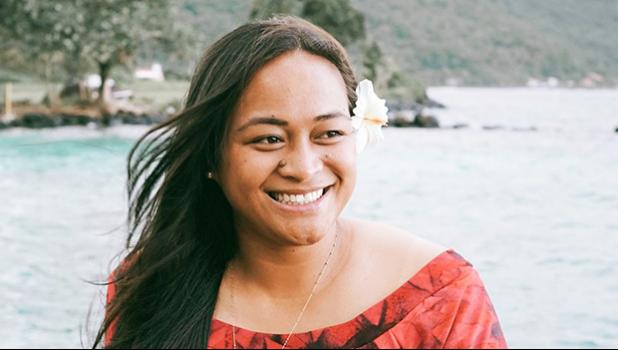 Auckland, NEW ZEALAND — For the past four years, Natalia Palamo has been Senior Engineer at the Department of Port Administration in American Samoa, with responsibility for airport and seaport projects. Prior to this, she worked for Beca Group on airport pavements, storm water and inspections and also on land damage assessments following the Christchurch earthquake. She is 31 and lives in Pago Pago.

Palamo is an airport nerd. “Every airport that I go to, I’m always looking out the window at the pavement and the lights,” she admits. “The best part of travelling is always getting to the airport.”

She decided airports were awesome during her second year at Engineering School, when alumnus Wharehuia Dixon came to speak to the students.

“Before that, for me, engineering was roads and buildings, but he presented on his project at Auckland Airport and that made me think, ‘oh, wow, it’s actually a lot bigger than roads and planes are way cooler’.

“I decided that given the opportunity, that’s where I wanted to go, I wanted to be able to walk where the planes were. It’s pretty much the same thing as building roads, but the details around it were so much more high risk. It just grabbed my attention. So far it’s working out really well.”

Natalia arrived at university straight from the National University of Samoa. Before airports, she was a maths nerd, encouraged by her father, a former maths teacher, now a Court Judge in Samoa.

Natalia has also learned a lot about “managing people and men and their egos” during her time in American Samoa, especially when she first arrived.

There’s been a lot of learning on the job, as the department also oversees American Samoa’s seaports – and then there’s dealing with rising sea levels and the occasional hurricane. There have been two since Natalia has lived there and three near misses.

She is then tasked with making sure the airport is up and running as soon as possible so that vital emergency supplies can get in and out to the outer islands. Her next big project is shoreline protection as “all of our airports are next to the ocean”.

Natalia has not planned her career so much as grabbed opportunities with both hands. “My greatest accomplishment is that 10 years later, I still love the job. I’m proud that I can provide for my family doing something that I enjoy.”