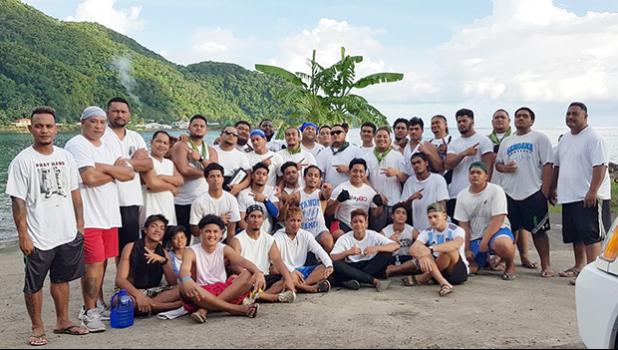 Pago Pago, AMERICAN SAMOA — Those wanting to know more about the unique cultural tradition of fautasi racing are invited to attend the first ever Fautasi Heritage Symposium, scheduled for April 10-12, 2019 at the Tauese P.F. Sunia Ocean Center.

The three-day public symposium, according to event hosts (the National Marine Sanctuary of American Samoa), supports "the continuation of fautasi heritage and racing by providing a venue for discussion and celebration."

Village presentations will be made by Alo Dr. Paul Stevenson (a champion skipper for Fagasa's Fealofani Samoa); and Vaamua Henry Sesepasara, the longtime skipper of the Pago Pago Aeto.

Also on schedule to present are Kalani Quiocho, who will be speaking about the culture of the Hawaiian canoe; and Dr. Hans Van Tilburg (NOAA/ONMS) who will touch on the maritime cultural landscapes and the Sanctuary system.

David Herdrich will be there to speak on the historical development of the fautasi, followed by Dr. Michaela Howells, Assistant Professor of Anthropology at the University of North Carolina, Wlmington, who will present on the human energetics of fautasi racing.

Those who attend the event will be given a tour of the fautasi exhibit at the Ocean Center. They will also get to meet and speak with the captains and crew members of the 2019 fautasi teams set to compete in next week's Flag Day race.

Some interesting issues that will be discussed include the oral history of the 'olden days' of wooden fautasi and the uses for fautasi boats, including racing (prior to modern fiberglass boats) as remembered by each village, and the significance of the fautasi in the past.

The oral history of the transition to modern fautasi and fautasi racing today - as remembered by each village - will also be shared, including the future of fautasi racing and traditions. What is the significance of the fautasi today and how do we preserve it for future generations?

According to the NMSAS, "maritime cultural landscapes provide a powerful tool for understanding the variety of heritage resources within the Sanctuary system, defining significant historic and cultural resources and locations, and engaging constituents in Sanctuary management and preservation."

Furthermore, "The story of marine transportation in American Samoa, and particularly the transformation from traditional Samoan watercraft to the hybrid fautasi in the 19th century, tells a unique story endemic to the Samoan Islands. Understanding this story reveals that elements of this transportation heritage remain in the cultural landscape of the 21st century, speaking of the past and pointing the way towards the future."