Dwayne Johnson is third-highest choice for President among bookies 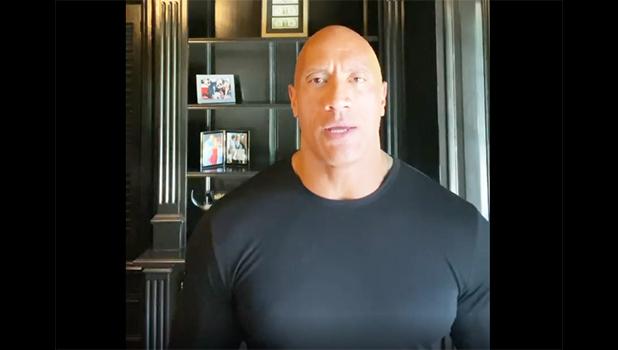 Hollywood, CALIFORNIA — Bookies have placed their presidential bets on Dwayne "The Rock" Johnson 2020.

The website reports Johnson received a significant boost in the 2020 US Election betting market, accounting for 3.34 percent of all bets as of Friday. The surge was likely due to Johnson's now-viral "Where Are You?" speech in which he addressed the current state of the country and seemingly challenged Trump's ability to lead during civil unrest.

"Where are you? Where is our leader at this time? At this time when our country is down on its knees begging, pleading, hurt, angry, frustrated, in pain, begging and pleading with its arms out just wanting to be heard," he said in the 8-minute video posted Wednesday. "Begging and pleading and praying for change. Where are you? Where is our compassionate leader who is going to step up to our country who is down on its knees and extend a hand and say 'You stand up. Stand up with me. Stand up with me, because I've got you. I've got you. I've got you, I hear you, I'm listening to you and you have my word that I'm going to do everything in my power, till my dying day, to my last breath to do everything I can to create the change that's needed, to normalize equality because black lives matter.' Where are you?"