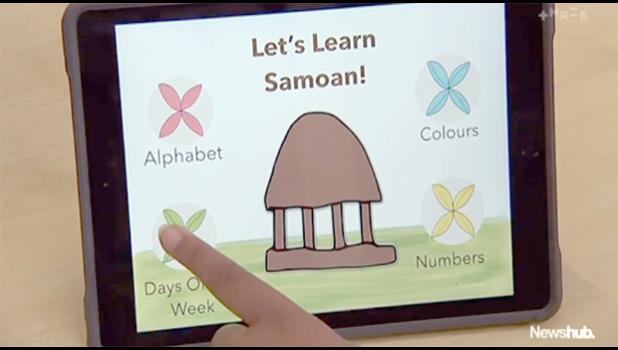 Christchurch's Bromley School has created a prototype Samoan language app and the kids who helped build it hope to one day see it on the app store.

"I would want it to go on the app store so I can show my little sister and my little brother," year 5 student Azariah Abohay told Newshub.

The idea started when the school's Samoan teacher left, but the kids wanted the lessons to continue.

"Nothing really met their needs so they decided that they wanted to create something else to help not only themselves learn Samoan but also the rest of the students at their school," teacher Mele Togiaso said.

So 'Let's Learn Samoan' was born - a simple, easy to use and effective app prototype that is so impressive, it caught the eye of tech giant, Apple.

On Tuesday, Apple showcased it to the world by publishing it on their Apple Newsroom, seen by millions internationally.

"It's really exciting for me because it means lots of people will learn more Samoan," year 6 student Amelia Abohay said.

"I'm hoping that it will get spread around the world so that other people can learn the culture," year 6 student Jeremiah Laufiso said.

"For our children to see that something they've created is actually valued not only within their school and community but on the worldwide stage is an amazing achievement for them," Togiaso said.

Since introducing iPads and Macs these Bromley students have taken their technology skills to another level.

The principal says Bromley School teaches its pupils they're capable of anything.