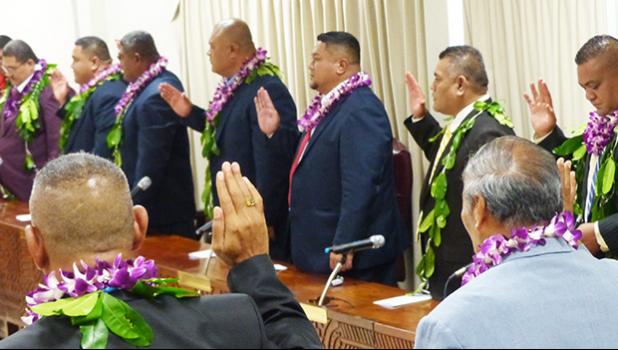 Some of the 21 House members during yesterday’s swearing-in ceremony in the North Wing of the Gov. H. Rex Lee Auditorium. The ceremony was presided over by Chief Justice Michael Kruse. Also present was Chief Election Officer, Dr. Lealofi Uiagalelei, who certified the names of all 21 House members — 20 of them are elected by popular vote, while the 21st is the Swains Island delegate.  [photo: Leua Aiono Frost]