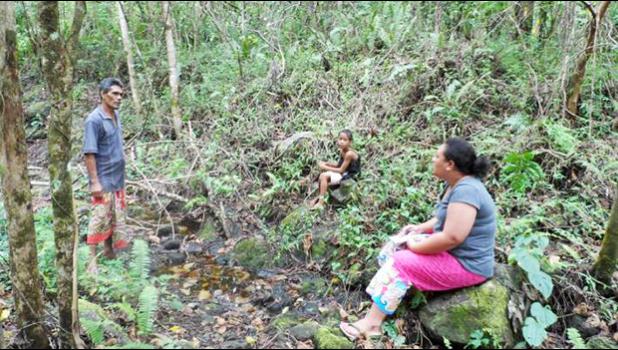 Apia, SAMOA — While the rest of the world is struggling to adapt to climate change, Samoan villages are already facing the challenge.

The village of Aopo has moved their entire community further inland as a response to cyclones and extreme weather.

In new research, on the impact of climate change on Pacific Island countries, residents noted awareness of hotter days and longer dry spells, and have seen intensive deforestation, cyclone devastation and forest fires.

"Aopo is a good example of a village making a decision to move away from the cost and set up a new settlement," University of Otago Professors Tony Binns said.

Two further villages, Sa'anapu and Malaela, had moved further from the coast to higher land following the 2009 tsunami, Binns said.

The scale of their readiness for climate change could be considered a "blueprint" for Western societies, he said.

"These communities are incredibly resilient and they've been coping with their environment for many years," Binns said.

"They're not panicking ... they feel that they're in control of developing their communities."

A report co-authored by researchers from the National University of Samoa and University of Otago warns officials would ignore the Samoan village expertise at their peril.

Binns said what they found in Samoa challenges the Western perception about Pacific nations' abilities to respond to change, and New Zealand could learn a thing or two from the results.

Western societies were too distracted by life and technology, he said.

In all Samoan villages, residents were diversifying food and water sources, being geographically mobile, having more than one place to live, and developing mental and spiritual strength in the face of climate change.

A state of the art research centre for climate change opened in Apia in September this year.