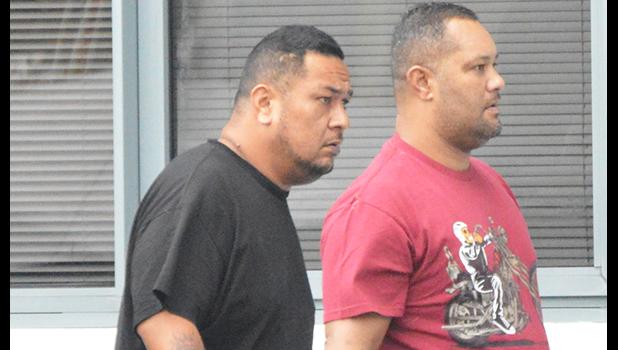 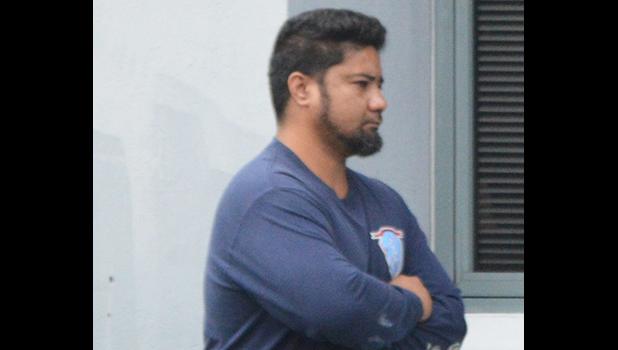 When their cases were called separately, their attorney, Assistant Public Defendant Ryan Anderson asked the court that all three of his clients wanted a PX. The government attorney, Jason Mitchell did not oppose.

Tago Jr. and O’Brien are both charged with one count each of unlawful possession of a controlled substance, to wit; methamphetamine, a felony punishable by a term of imprisonment of not less than five nor more than ten years and a fine of not less than $5,000 nor more than $20,000, or both. Cash bonds for both men are set at $5,000 each.

In Siua’s case, Anderson requested to change the status of the bond from cash bond to a surety bond. Despite drugs, drugs paraphernalia and cash police allegedly found inside Siua’s vehicle, Anderson told the court that the charges against his client are only allegations, nothing has been proven yet.

He told the court that Siua is a first time offender who has a strong tie to the community and also has strong family support. Furthermore, Anderson assured the court that if Siua is released on bond, he will make sure he makes all of his court appearances.

Looking at the increase in people who come before the court and are being charged for unlawful possession of illegal drugs, Mitchell told the court that the bail amount for Siua is reasonable.

After hearing submissions from both attorneys, Sunia ordered that Siua’s bond remain at $15,000, and as a cash bond. Sunia told Anderson that the court is looking at the totality and circumstances of the alleged incident, which led to the charges filed against the defendant.

For O’Brien’s bail reduction’s motion, Sunia granted the motion and reduced his cash bond to $2,500.

Anderson stated to the court that O’Brien is a first offender, who also has lived in American Samoa with his family since his childhood. While O’Brien is being charged with unlawful possession of illegal drugs, Anderson pointed out to the court that it was a small quantity of drugs police allegedly found in his client’s possession, and not for the purpose of distribution. He also told the court that his client found the glass pipe but was not aware that meth residue was inside the pipe.

Mitchell told the court that the government feels the cash bond for O’Brien is reasonable, and asked that the bond amount stay the same.

Sunia said that the allegation against O’Brien is that a glass pipe with meth inside was allegedly found in his possession. He then granted the defense’s motion and reduced the cash bond for O’Brien to $2,500, with an additional condition of release — he has to surrender himself to police officers or any Probation Officers for alcohol and drug testing.

For Tago Jr.’s case, Sunia denied the defense’s motion for a bail reduction, and ordered that the defendant’s cash bond remain at $5,000.

The defense attorney argued that the quantity of illegal drugs allegedly found in Tago Jr.’s possession was small, and it was for personal use, but District Judge Sunia pointed out that the defendant is not a first offender and his statement to police rings the bell that he has been involved in this alleged drug business for quite some time.