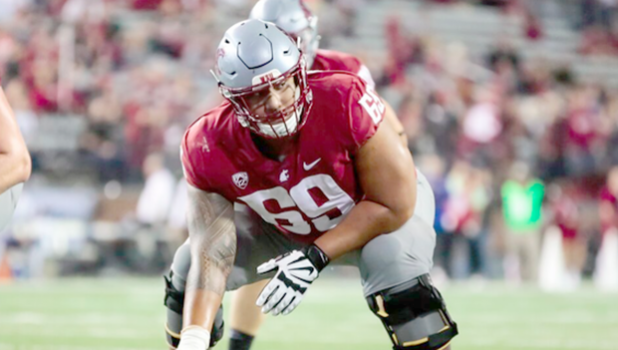 Pullman, WASHINGTON — Washington State center Frederick Mauigoa on Saturday became the latest Cougar from American Samoa to earn his chance in the NFL. The four-year letter winner has agreed to a free agent contract with the Carolina Panthers.

USAToday and the Spokesman-Review first reported Mauigoa signing with Carolina. The Panthers did not draft an offensive lineman with their seven picks. The current depth chart shows veteran center Matt Paradis as the starter, an NFL mainstay who will be 31 next season and has battled injuries at times. Behind him is Tyler Larson, a fifth-year pro who has been with Carolina since 2016. He served as a backup in 2019 after starting 18 career games between 2016-18.