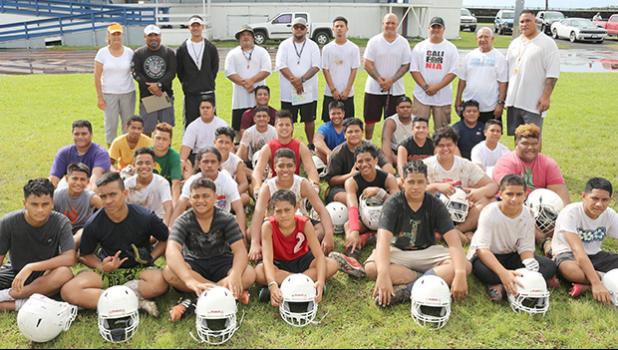 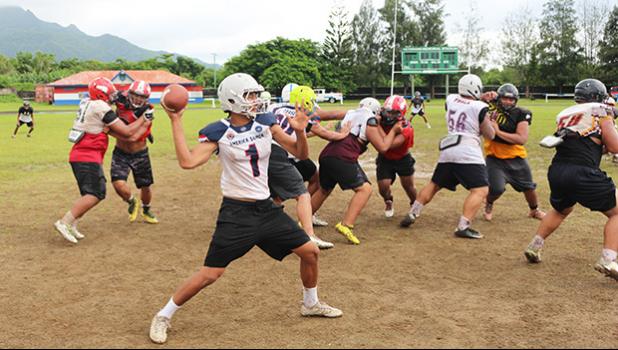 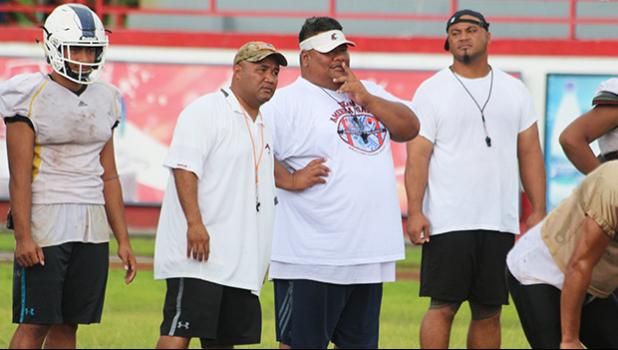 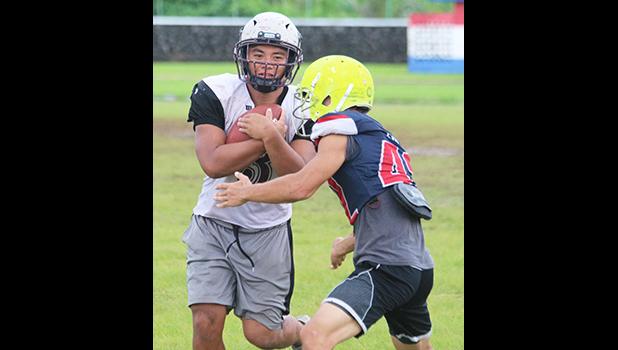 Paradise Football Classic IV — scouts will be there
By
Tony Gasu
tony@samoanews.com

This year’s competition, themed ‘Battle of the Pacific’ will showcase two of our very best teams competing in two divisions: Division 1 which consists of 7th and 8th graders, and our local high school All-Stars, who were selected from various high schools around the island.

He said “Players were invited and tryouts were conducted to choose the best of the best from both the D1 and high school – practice began at the beginning of November.”

Ta’ase added, “Alternate players are also on the roster in case the selected players get injured or cannot pay the required fees. The roster consists of 42 high schoolers and 31 Division 1 players – 8 coaches per team.”

When asked about some of the changes made to this year’s Paradise Football Classic compared to the past, Ta’ase told Samoa News, “The biggest change this year is the two teams under the JPS American Samoa organization. Thanks to DOE they have allowed JPSAS to organize the practices and work together with the coaches. In doing so, JPSAS provided the water and snacks for both the players and the coaches at all practices for team Amerika Samoa.

According to Ta’ase there is a total of 98 overall in their delegation that will be representing American Samoa in the Paradise Football Classic – 42 high school players along with their 8 coaches, 31 Division 1 players and their 8 coaches, 2 officials (referees), 4 JPSAS officials, and 3 DOE staff members.

Ta’ase concluded, “I want to again congratulate all the players that have been selected and their parents.

“The opportunity to be part of the Biggest All Star Game in the Pacific is a great achievement for these young men. Colleges and universities from all over the United States will be there to recruit and scout our young players and having one or two players earn a scholarship through this game is an accomplishment for us all.

Wish us the best of luck and thank you American Samoa for your support. Ia manuia tele le Tausaga Fou”.

Yesterday, the teams were at the Meet and Greet hosted at the Dole Cannery, to interact with players from other teams.

Today, they will be hosted to a tour of the Polynesian Cultural Center with entertainment and a buffet.

Tomorrow, Team Amerika Samoa will suit up for the first showdown against Vegas Strong in the Division 1 competition.

Then on Thursday, the Amerika Samoa high school All-Star team will suit up to battle the ‘best of the best’ from California in their first game of the Classic. From there, consolation games will be held according to their records leading up to the championship match up which is scheduled for Saturday, Jan. 12, 2019 at 7p.m at Aloha Stadium.