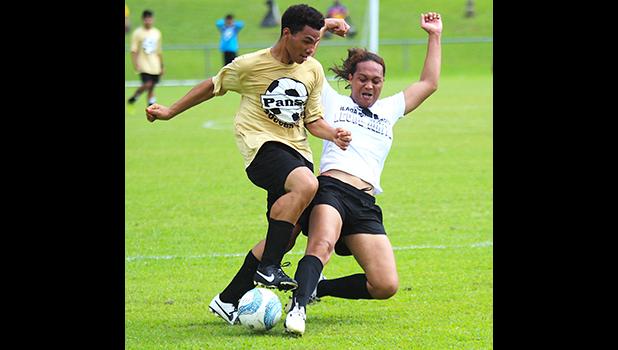 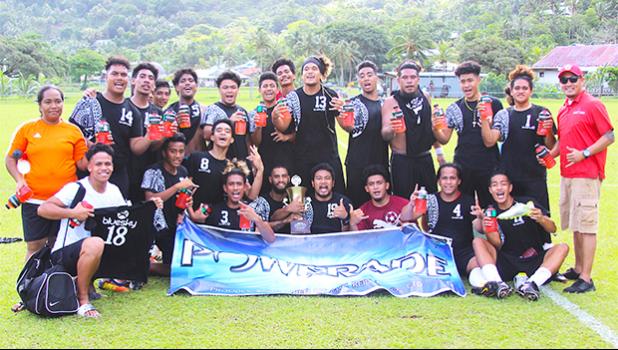 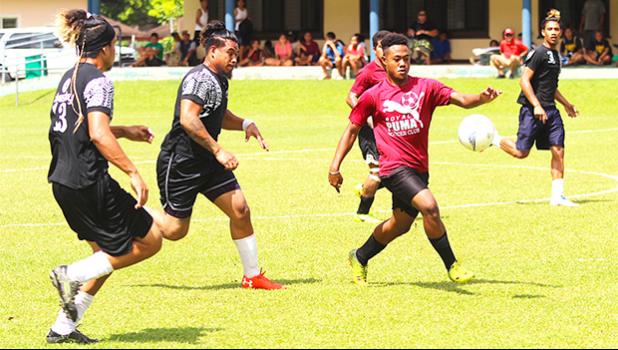 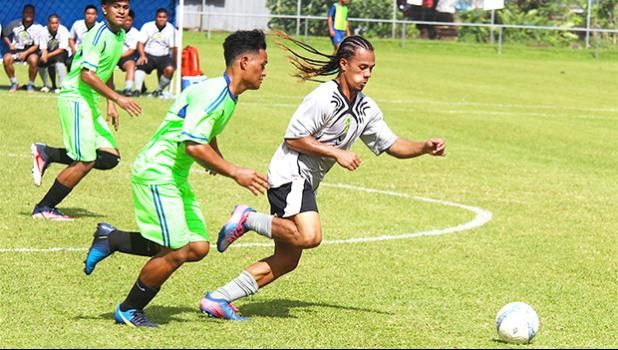 It is the second time this season the cup has changed hands, with Royal Puma taking it away from Pago Youth on Sept. 15, and now the Jets doing it at the end of the fifth week of the league.  Tafuna was able to win the game despite playing the game a man down for the entire second half, and 20 minutes of the first.

Mila Osa finally scored the game winner with 12 minutes left on the game clock.  He was in the right place on a Pouono Samuelu cross that he headed past the goalie for the goal that won the game.

Osa had threatened to score from the beginning of the game, and even missed on several one-on-one chances against the Royal Puma’s goalkeeper, but that header was perfectly placed on a great pass from his teammate.

Iopu Kaleopa headed in the tying score as the buzzer sounded to end the game clock to escape with a 3-3 draw.

Utulei battled from behind the entire game, going down 3-1 after the first half ended.  In the second, Austin Kaleopa brought them within a goal with a long distance shot that went over the goalie’s outstretched hands, before Kaleopa’s last minute header to tie the game.

Taputimu takes on Lion Heart this week while Utulei faces off against PanSa.

Kelvin Tauta and Tia Silao helped Pago Youth B win their second game of the season thanks to a brace of goals from the pair, helping their team in a come-from-behind win last Saturday.

At the end of the first half Green Bay was up 3-0 before Silao scored his first goal, followed by Tauta, and they went through that order for the last two goals as well.

Pago B plays against Black Roses on Match Day 6 while Green Bay goes up against Pago A.

Lion Heart finally put a stop to a three-game skid as they won their first game of the season, 2-1 against Vaiala Tongan.  Their first game was a tie back on Sept. 15 against Utulei Youth, and then they lost three straight games.

Hiva Tu’ulau scored the only goal in the first half for Lion Heart, while Paul Collins scored the game winner in the second.

Lion Heart takes on Taputimu Youth next while Vaiala Tongan goes up against the former cup holders, Royal Puma.

Joseph Koroiadi helped Leone in a comeback win against PanSa by scoring two goals during the game.

PanSa led 2-1 after the first half, but the Leone-based team was able to score two goals in the second period, and Koroiadi clinched it with a game winner in the last five minutes of the game.

Pago Youth A cruised to an easy win against Black Roses 9-1, their fourth straight win of the season.

Joseph Collins completed a hat trick with three goals scored, while Faimalo Rambo Tapui scored twice for Pago Youth.  At the end of the first half they had led 5-0.